The healthy adult grizzly bear was spotted sauntering through the community north of Vancouver
Sep 11, 2020 10:09 AM By: Canadian Press 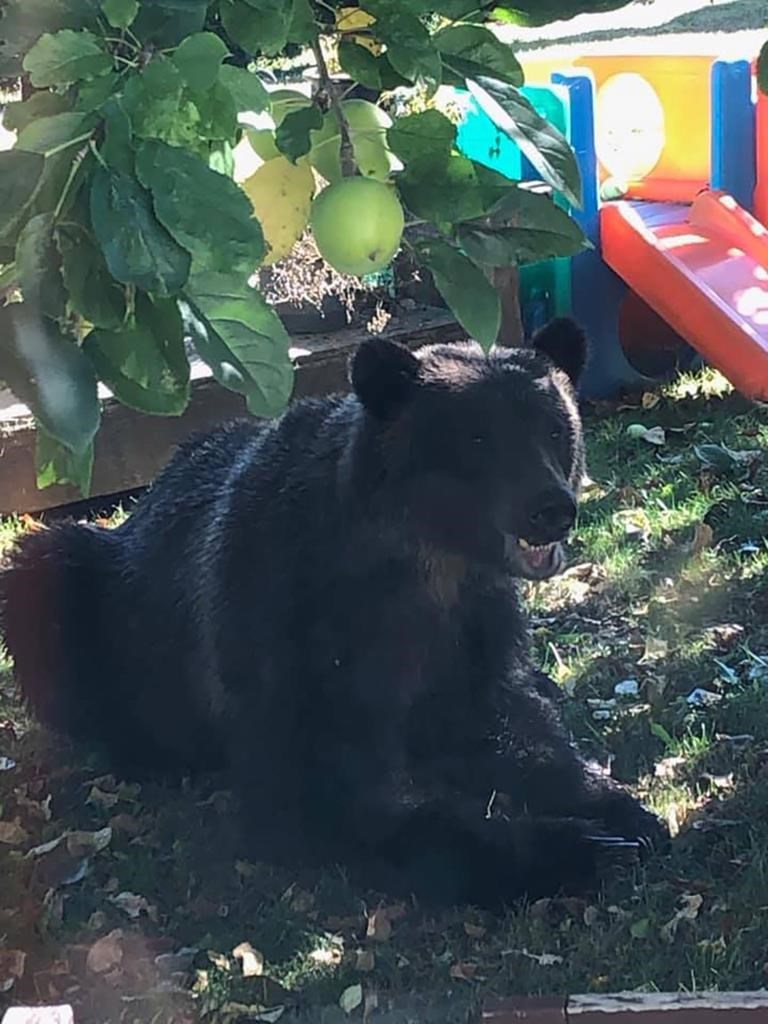 SQUAMISH, B.C. — A healthy adult grizzly bear spotted sauntering through a busy neighbourhood in a community north of Vancouver has been trapped and will be relocated far from human contact.

The B.C. Conservation Officer Service says in a social media post that the bear has been captured in Squamish, B.C., and will be released in a location determined by wildlife biologists.

The large male was seen Thursday feeding on fallen fruit from backyard trees and also near the Shady Tree pub.

Although the bear wasn't aggressive, it also showed no anxiety about nearby humans.

Conservation officers report they hazed the bear in hopes of forcing it out of the neighbourhood but eventually brought in a large trap.

The bruin was safely trailered out of the area after it climbed inside to take the bait.

The conservation officer service urges everyone to pick fruit from trees, dispose of fallen fruit and secure anything else that might attract hungry bears preparing for hibernation.

With additional reporting from The Squamish Chief

This report by The Canadian Press was first published Sept. 11, 2020

Black bear surprises customers, strolls into B.C. liquor store
Aug 26, 2020 12:50 PM
Comments
We welcome your feedback and encourage you to share your thoughts. We ask that you be respectful of others and their points of view, refrain from personal attacks and stay on topic. To learn about our commenting policies and how we moderate, please read our Community Guidelines.