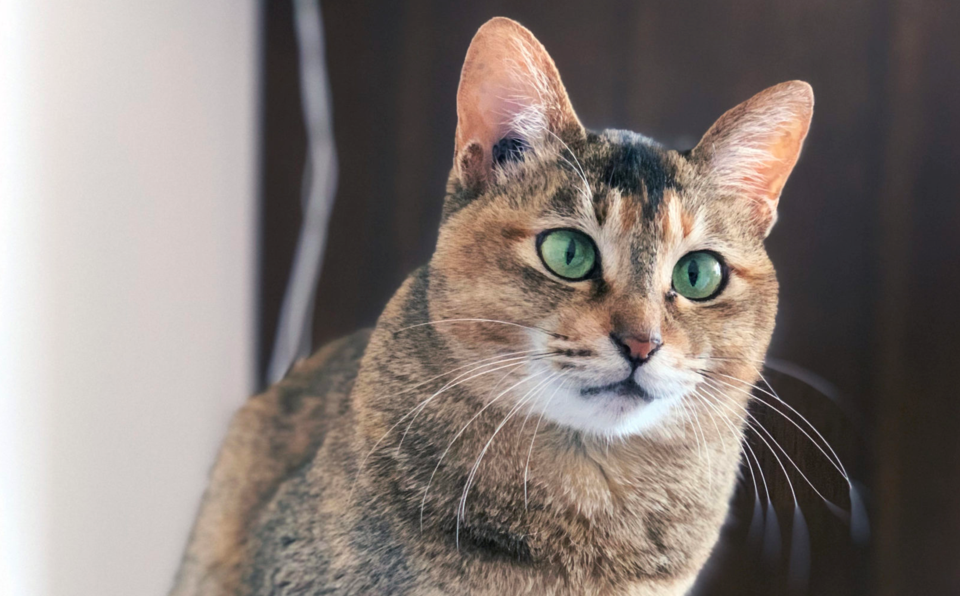 Journey made a harrowing trip from China to B.C. in a storage container and is finally ready to find her purr-fect match this Valentine’s Day. Photo: BC SPCA

It’s been a long journey, but a stowaway cat who made a harrowing trip from China to B.C. in a storage container is finally ready to find her purr-fect match this Valentine’s Day.

After nearly a year of rehabilitation and care with the BC SPCA, the animal welfare charity said Journey is ready to make the move to a forever home.

The cat, named Journey by SPCA staff, survived a three-and-a-half week voyage without food or water from Shenzhen, China to the Port of Vancouver before being discovered hiding in a crate delivered to an auto glass distribution company in Prince George last April. The SPCA believes Journey survived by drinking the condensation that had formed on the container walls. 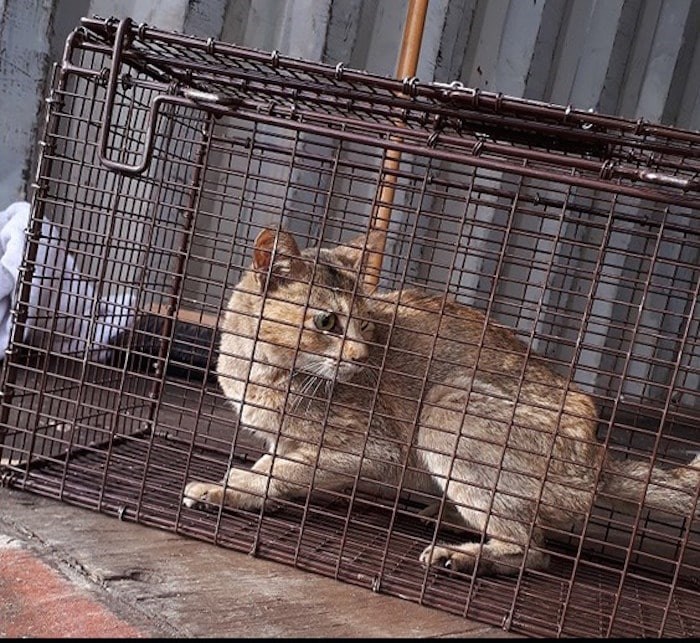 The cat, named Journey by SPCA staff, survived a three-and-a-half week voyage without food or water from Shenzhen, China to the Port of Vancouver. Photo: BC SPCA

When discovered, the six-year-old feline was “weak, emaciated and terrified of human contact,” the SPCA said.

It has taken months of treatment, rehabilitation, care and trust building, but little Journey is slowly but surely overcoming her horrific ordeal.

“SPCA staff and volunteers have spent hundreds of hours caring for Journey, ensuring that she received life-saving medical treatment and on-going behaviour modification to help her overcome her extreme fear of humans,” Lorie Chortyk, BC SPCA spokesperson, said.

“When she was well enough, she was transferred from Prince George to the Lower Mainland, where she has been fostered for the past several months by Dr. Karen van Haaften, a board-certified veterinary behaviourist and the BC SPCA’s senior manager of behaviour and welfare.”

Chortyk said while Journey has made incredible progress through her daily behaviour sessions with Dr. van Haaften, she may never be a cat who seeks out attention or enjoys being pet.

“She loves to play and can now tolerate being touched,” Chortyk said.

“She is ready for a forever home where she can continue to build trust with people.”

In addition to playtime, Journey’s interests include cuddling in fuzzy blankets, gazing out the window and lounging on her scratching post.

This Valentine’s Day, Journey is on the hunt for a special home in Metro Vancouver or the Lower Mainland.

She has some special needs to consider:

1. Journey needs a calm, adult-only home with a predicable routine.

2. An indoor-only lifestyle in a small home (condo or apartment) would suit her best, with no other cats

3. A guardian who is willing to continue her touch-tolerance training and provide lots of playtime and enrichment.

4. The SPCA says it experience with under-socialized cats would be an asset, but the organization can provide training and ongoing support for her behaviour needs.

If you think you might be Journey’s special match, you can fill in an online adoption application.

The cat found in a container from China has made an amazing comeback (VIDEO)
Nov 28, 2019 12:41 PM
Comments
We welcome your feedback and encourage you to share your thoughts on this story. We ask that you be respectful of others and their points of view, refrain from personal attacks and stay on topic. To learn about our commenting policies and how we moderate, please read our Community Guidelines.