Near Vancouver, a 4.8-kilometer section of the world’s longest undefended border – between the U.S. and Canada – has now become more difficult to cross.

That's after a cable barrier was erected last week as part of a U.S. Customs and Border Patrol effort to "prevent vehicles from either accidentally, or purposefully, crossing the boundary and endangering citizens in both countries," the agency released in an Aug. 19 statement.

Acting Chief Patrol Agent Tony Holladay said the project addresses "bi-national safety concerns related to a vulnerable section" of the border, located between Boundary Road in the U.S. and Zero Avenue in Canada. 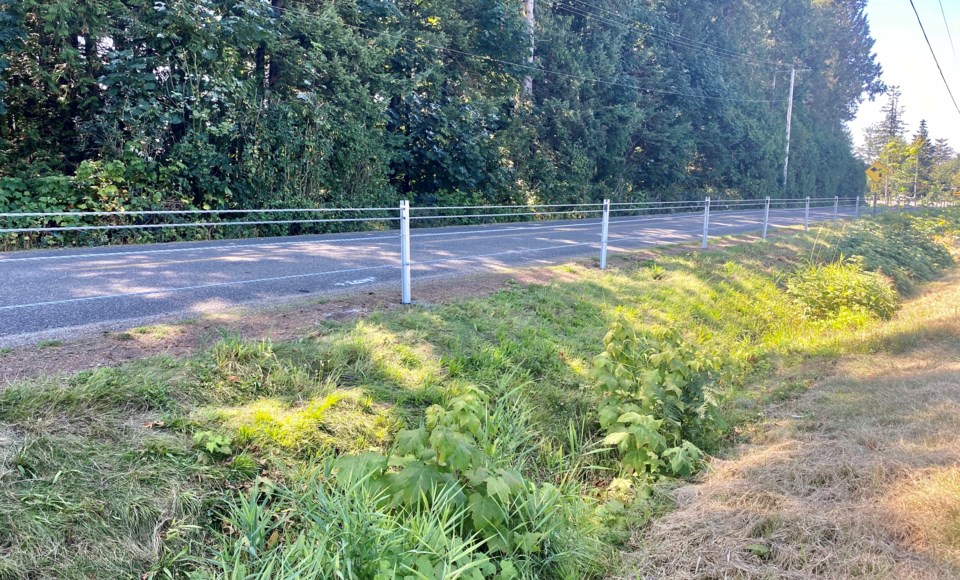 Photo: Sarah Grochowski
But one thing the new border fence hasn't stopped – is loved ones in Washington State and B.C. meeting at the intersection of those very two roads.

Zero Avenue, nearest Lefeuvre road in Abbotsford, was populated with Canadians who drove south to the border to meet their American loved ones through the fence. Many who have now chosen to meet there since Peace Arch Park closed in June.

That same day, COVID-19 infections in Washington State ramped up to more than 75,000 total confirmed cases – and 1,900 deaths.

Non-essential travellers will be restricted from crossing the B.C. border until Sept. 21, the B.C. government ruled Aug 14.