The Order recognizes Canadians from all sectors of society for their outstanding achievements, dedication to their communities and service to the nation.
Nov 27, 2020 6:00 AM By: Megan Lalonde 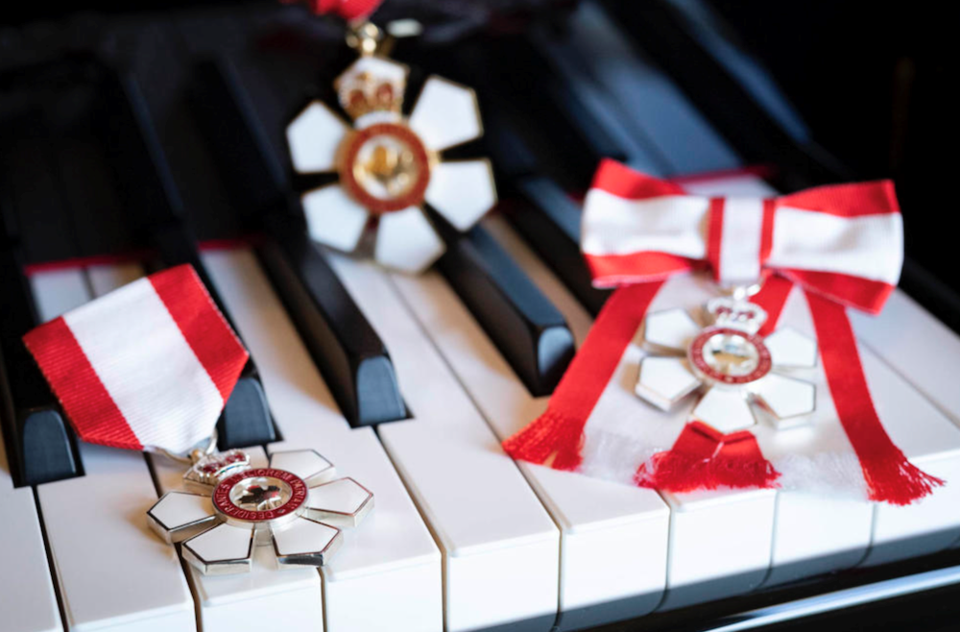 The Order of Canada insignia is a six-point, white enamel stylized snowflake representing Canada's northern heritage and diversity, "because no two snowflakes are alike." Photo by Sgt. Johanie Maheu, Rideau Hall / Courtesy of the office of the Governal General of Canada

Governor General Julie Payette on Friday announced 114 new appointments to the Order of Canada. Among them are 17 exceptional British Columbians who are being heralded for their impressive and wide-ranging contributions to society.

Established in 1967, the Order of Canada is one of the country's highest civilian honours. It recognizes Canadians from all sectors of society for their outstanding achievements, dedication to the community, and service to the nation. The latest round of honourees includes physicians, philanthropists, artists, athletes and academics, to name only a few.

However, it's not likely that today's appointees will be stopping by Rideau Hall to formally accept the Order's six-point snowflake insignia (intended to symbolize Canada's northern heritage and diversity, since no two snowflakes are the same) anytime soon. According to a release from the Office of the Secretary to the Governor General, in-person award ceremonies are on hold for the time being, but will resume when public health measures permit.

The latest British Columbians to be nominated to the Order are:

Among the list of new members to the Order are two particularly recognizable names, and not only to British Columbians: Olympic ice dancing champions Tessa Virtue and Scott Moir are being honoured for their "unparalleled excellence in ice dancing and for inspiring the next generation of Canadian figure skaters."

The duo initially gained Canadian icon status when they won their first gold medal during the 2010 Olympic Winter Games in Vancouver.

But you don't need to be a gold-medal winner to be appointed to the Order: All Canadians are eligible for the Order of Canada, with the exception of federal and provincial politicians and judges who currently hold office. Any individual or group is able to nominate a deserving Canadian as a candidate for appointment. Appointments are subsequently made by the Governor General, on the recommendation of the independent Advisory Council for the Order of Canada.

- With a file from Ben Bengtson  / North Shore News