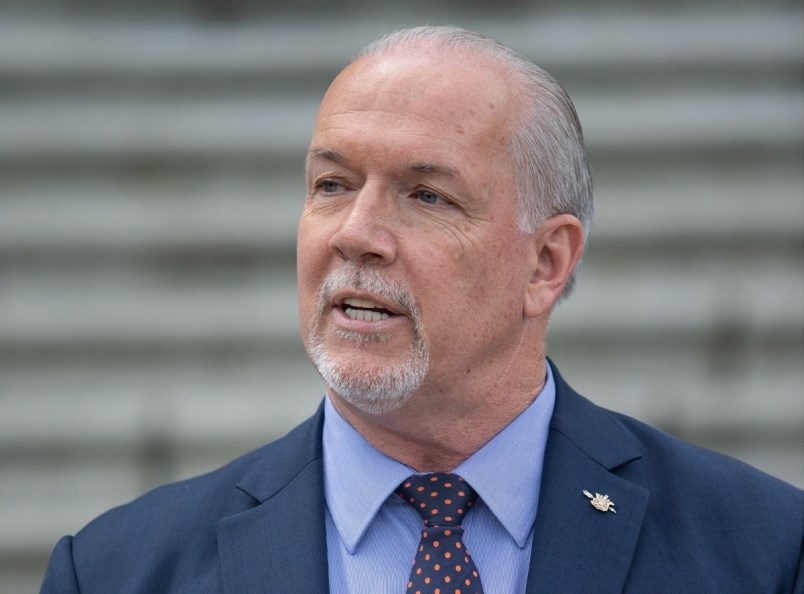 What happened: The Province of British Columbia announced a $5 billion COVID-19 action plan on Monday to help address immediate needs in the B.C. economy.

The B.C. government has introduced a $5 billion COVID-19 action plan to address immediate needs in the B.C. economy.

The response includes $2.8 billion to support individuals and services, and $2.2 billion to support businesses and the province's economic recovery. The measures include a new emergency benefit for workers, rental support for tenants and a slew of tax deferrals.

“We’re seeing rapid changes in the workplace, we’re seeing rapid changes within the North American economy and everything that that entails. So stimulus is something that we need to be looking at in a month’s time,” said Premier John Horgan. His government's priority now is to introduce corrective measures to support the province's economy, and on addressing businesses' and families' cash flow concerns.

Finance Minister Carol James unveiled a one-time, tax-free $1,000 payment to workers who are eligible for employment insurance (EI), which will also be available to those who are not available for EI, such as people who are self-employed or parents who are at home with their children. The B.C. Emergency Benefit will complement existing and additional benefits available to workers at the federal level.

B.C. will also delay its planned carbon tax increase, along with the expansion of provincial sales tax to e-commerce and sweetened carbonated beverages. Starting March 30, all student loan payments will be on hold until September.

The emergency action plan also sets aside $1.5 billion for B.C.'s economic recovery, which will focus on encouraging investment and supporting B.C.'s competitiveness when the time is right.

More information is to come on the province's plans for supporting tenants, though Premier John Horgan said that no one in B.C. will lose their apartment because of COVID-19. The province is also exploring additional support in other areas, such as supplements for seniors.

"This plan is a first step, but a critical step," said James. “It’s going to have to evolve as the situation evolves.”

Later today, B.C.'s legislature will convene to address two pieces of legislation, including amendments to employment standards legislation to ensure workers cannot lose their job due to self-isolation, or because they are caring for a loved on.

James will also be tabling a supply bill which will bring the province's action plan into effect.

On Monday, B.C. Health Minister Adrian Dix and Provincial Health Officer Dr. Bonnie Henry announced 48 new cases of COVID-19 since the last provincial update on Saturday. There are now 472 confirmed cases of the Coronavirus in B.C.