This B.C. bartender placed second in an international cocktail competition 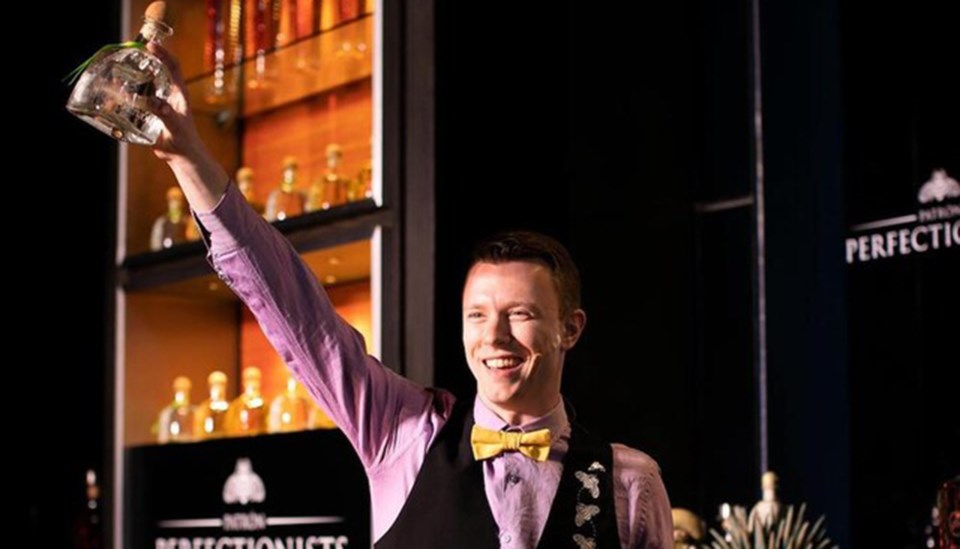 A local bartender has put Kelowna on the map after taking home the silver at an international cocktail competition in Mexico.

After winning his regional Patron Perfectionists competition in Vancouver last year, followed up by the Canadian nationals in Toronto, Patron flew Kelowna's Jared Schmidt down to Jalisco, Mexico on Jan. 17 for the international finals, to compete against 20 other bartenders from around the world.

Schmidt has been bartending for about five years, getting his start working at nightclubs and sports bars part-time while he was in university. He's now a full-time bartender, and his dedication has clearly paid off.

He brought a taste of the Okanagan to Mexico, with his cocktail, It Takes a Valley.

“It's a marriage and harmony of flavours between the valleys and highlands of Jalisco, Mexico and the Okanagan Valley,” Schmidt told Castanet from a hotel room in Mexico City, where he's vacationing after a week of hard work.

The drink was clearly a hit with the judges. Schmidt made it into the Top 7 after the first day of competition Wednesday, along with competitors from Germany, America, the U.K., South Korea, Australia and the Philippines. After all was said and done Thursday, Schmidt was handed the silver medal, while the U.K.'s Giulia Cuccurullo took the top spot.

Schmidt says it has been “the craziest week” he's ever experienced. The competition was held at the Hacienda Patron, where all of Patron's tequila is distilled, and he was given a behind-the-scenes tour of the whole operation.

“It's all hand-labelled, hand-bottled, the agave is hand-harvested, so it's pretty incredible to see,” he said.

Those looking to get a taste of Schmidt's handiwork in Kelowna can find him at Jack's Pizza & Liquor downtown and Frankie We Salute You! on Highway 97.

Horgan, Furstenau set to deliver speeches at UBCM convention
Sep 23, 2020 5:03 PM
B.C. woman gets one year for injecting her boyfriend with a fatal dose of morphine
Sep 23, 2020 4:01 PM
Comments
We welcome your feedback and encourage you to share your thoughts. We ask that you be respectful of others and their points of view, refrain from personal attacks and stay on topic. To learn about our commenting policies and how we moderate, please read our Community Guidelines.