This small B.C. charity is sending a life-changing Christmas gift to West Africa

Seven young women die weekly in Liberia because they can't get to hospital to birth their babies, which also results in the tragic death of their child.

A small British Columbian charity is hoping to help change this heartbreaking reality with an incredible Christmas gift that will greatly help expectant mothers in the West African country—a fully outfitted ambulance.

Korle-Bu Neuroscience Foundation is sending the brand new obstetrics-focused ambulance to Liberia this week to help ensure women can make it to the hospital during their most critical moments of childbirth. The foundation has been helping to enhance healthcare in West Africa through medical equipment donations, missions and surgeries since 2002 and has now turned its attention to this critical need.

Marj Ratel, foundation founder, said pregnant women had almost no support when something went wrong during childbirth, and many died on the roadside trying to reach a hospital.

The charity shipped a previous ambulance to Liberia’s Ministry of Health in February and officials quickly discovered the need among pregnant women was alarmingly high.

"More than half of all emergency calls for our first ambulance were related to obstetrics," Ratel said.

"This ambulance is the best Christmas gift I can imagine.” 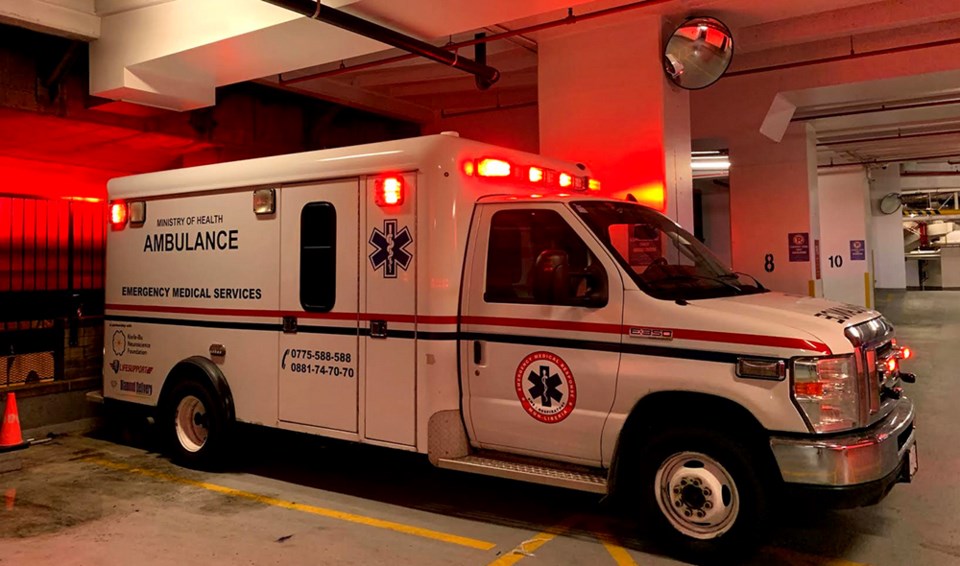 The new ambulance on its way to Liberia. Photo: Korle-Bu Neuroscience Foundation

The $40,000 ambulance is being donated to the foundation by Nanaimo-based international air medical transportation company LIFESUPPORT Air Medical Services, Inc.

Graham Williamson, LIFESUPPORT president, will also create a new obstetrics curriculum to train Liberian first responders and paramedics, which he plans to personally instruct with members of his Critical Care Transport Team while overseas in the New Year.

At the moment, specialized neuroscience and maternal healthcare are virtually non-existent in the region.

“We realize the immediate need is to get expectant mothers to the hospital—quickly, while also providing front line training in emergency obstetrical care to the dedicated and fledgling group of new Paramedics in Liberia,” Williamson, a licensed Canadian paramedic said.

“Even if the ambulance cannot transport the patient quickly enough, we will be equipping these dedicated First Responders and Paramedics with the skills they need to help expectant mothers and their newborns right away, by providing critical life saving interventions before arrival at the hospital." 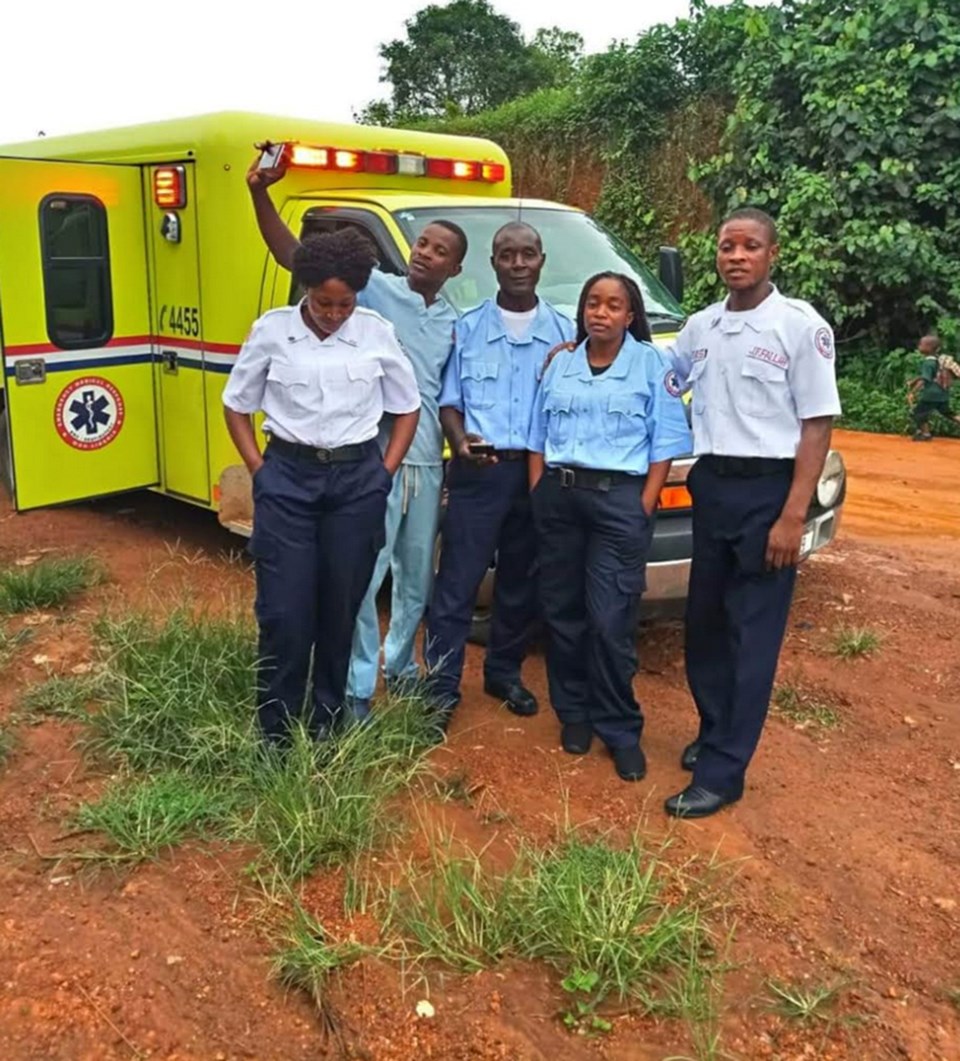 The new ambulance will be transported to Liberia via shipping container—with an incubator, neurosurgical microscope, and other lifesaving medical supplies—thanks to sponsorship partners.

While the charity now has a second ambulance to help, it is still critically in need of donations to provide the training for West African paramedics and health workers, and allow KBNF to operate into 2020.

The charity is short $50,000, which is needed to fund its next training mission and transport shipments of supplies to make the ambulance a success. 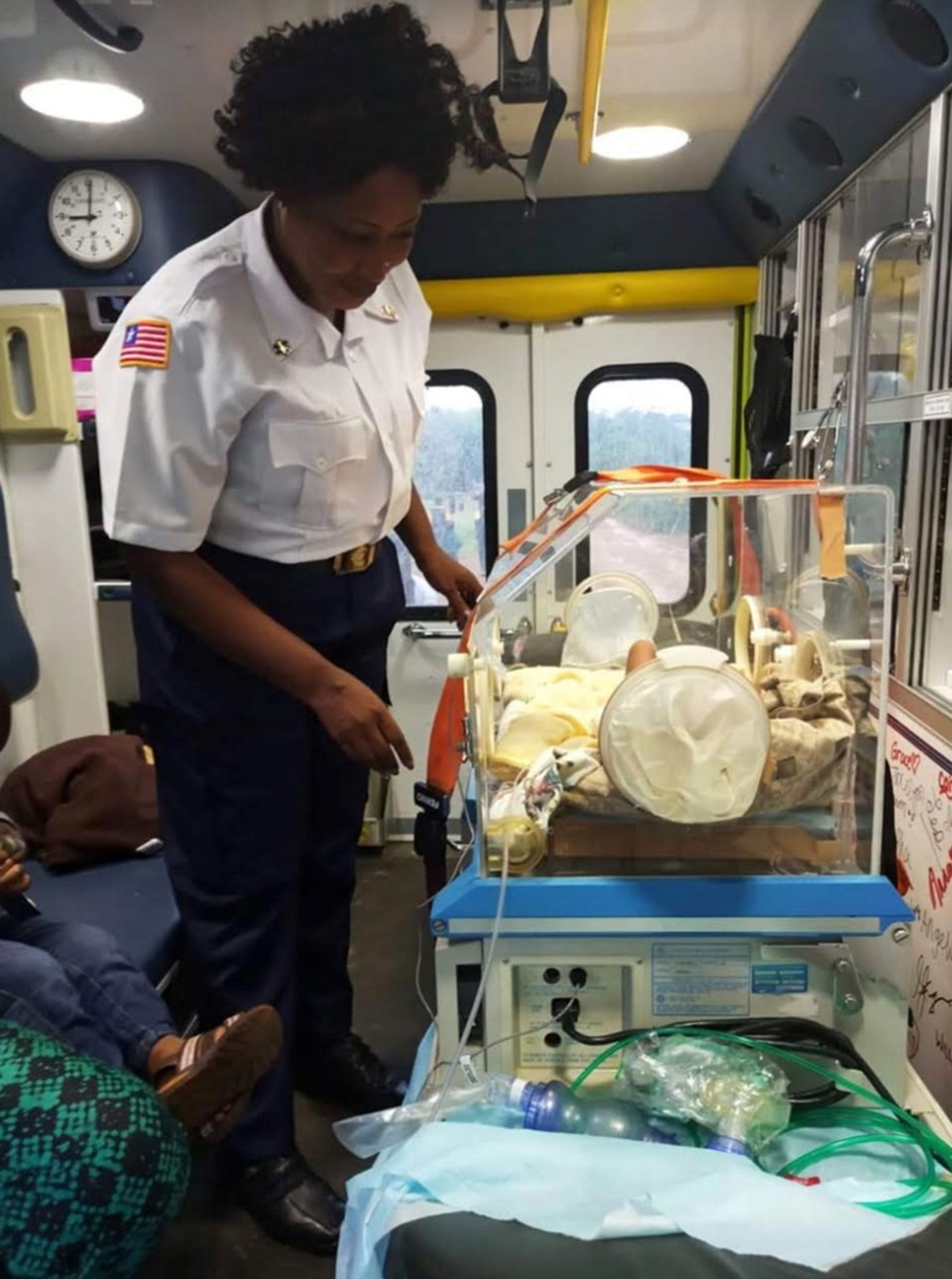 A paramedic with a newborn in the the first ambulance sent to Liberia in February. Photo: Korle-Bu Neuroscience Foundation

The charity traces its beginnings to Vancouver Coastal Health in 2000, when Ratel and three neuro nurses launched a partnership with a West African neurosurgeon aimed at building neuroscience care abroad.

Since 2002, the foundation has shipped more than $17 million worth of medical equipment to West Africa, performed hundreds of neurosurgeries for patients and offered training to thousands of healthcare workers. VCH continues to donate used medical equipment to KBNF, which is shipped to Africa.

Find out more about the charity here.