BC Ferries' oldest vessel up for sale on Craigslist (PHOTOS) 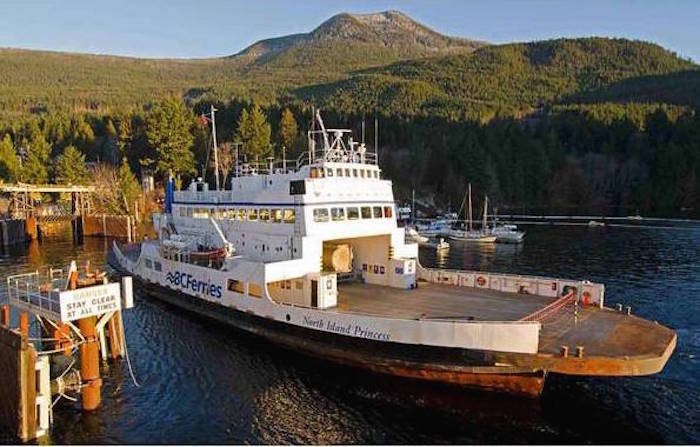 Wanna buy a boat? The North Island Princess, a recently-decommissioned vessel from the BC Ferries fleet, is up for sale.

The 1958 Vancouver-built passenger/vehicle ferry was retired on June 10, 2020, and subsequently was listed by Pacific Boat Brokers for $159,000 CAD. A listing was also placed on Craigslist. While they do provide a listing price in U.S. and Canadian dollars, the brokers say "any reasonable offer may be considered." 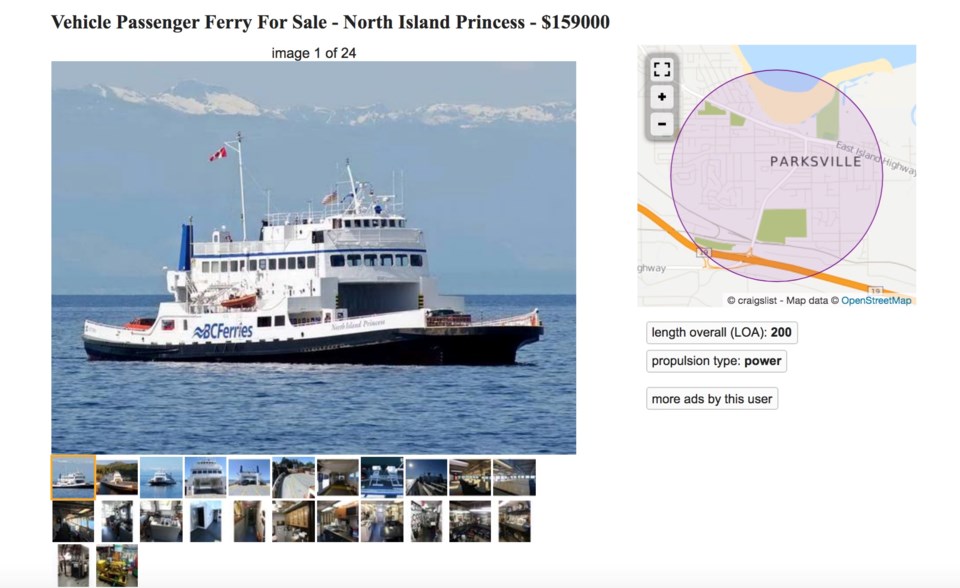 The North Island Princess is listed on Craigslist. Screenshot

Until her retirement earlier this summer, the North Island Princess was the oldest vessel in BC Ferries' fleet, and had long-served the Powell River-Texada route - in fact, she had been making the short trip back and forth since 1979.

Now the new Island Discovery is serving that route - one of the pair of hybrid-electric vessels brought into service by BC Ferries this year. When the Island Discovery needed some repairs just a month after taking on the route, the North Island Princess, could not be used because its operating certificate has expired, and the vessel was already listed for sale. 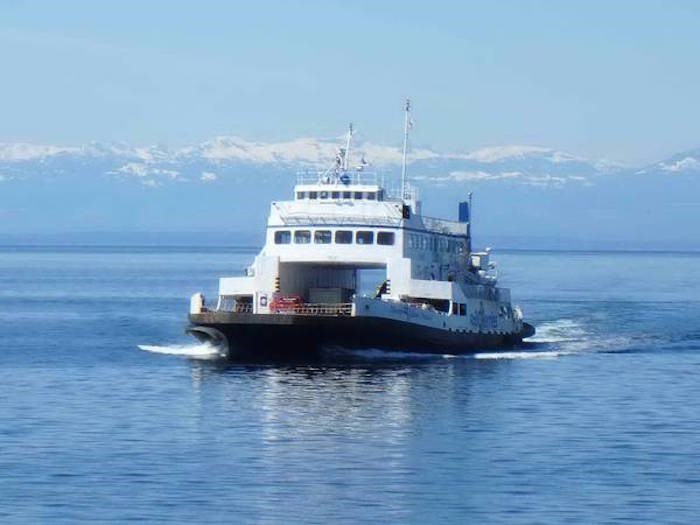 The North Island Princess began her service, however, farther up on Vancouver Island, connecting communities "north of Kelsey Bay, the furthest extent of the Island Highway at the time," according to West Coast Ferries. Back then, she was also merely the Island Princess - the "North" was added in 1974.

Prior to the name change, the North Island Princess had also undergone substantial refitting. "In 1971 Island Princess was taken out of the water at Burrard Drydock in North Vancouver and cut into four pieces (length wise and breadth wise). Additional deck was inserted to both lengthen and widen the ferry over a new catamaran double-hull. At the same time the ferry received new engines and expanded passenger accommodations," explains West Coast Ferries. 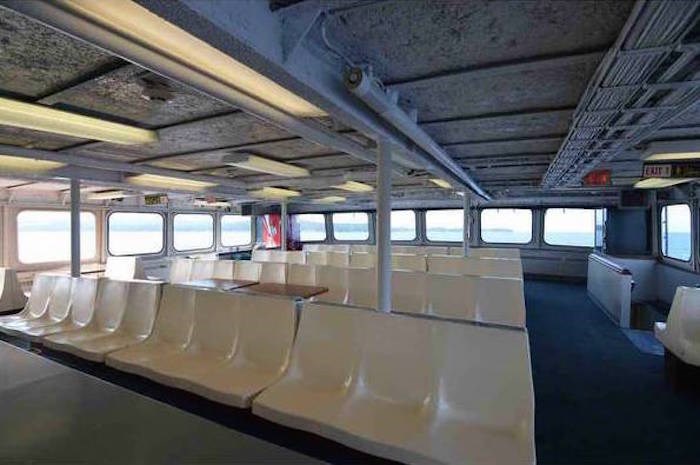 Passenger seating inside the North Island Princess. Photo via Craigslist

Current specs, for boat enthusiasts: The North Island Princess is 61.04 metres, and is powered with twin MTU V12 2000 engines with twin disc gears. She has a 38-car capacity, and has a 150 crew and passenger capacity.

With files from Carla Wilson/Times Colonist

Greens vow to hold NDP majority to account after winning three seats in B.C. election
Oct 25, 2020 12:44 AM
Comments
We welcome your feedback and encourage you to share your thoughts. We ask that you be respectful of others and their points of view, refrain from personal attacks and stay on topic. To learn about our commenting policies and how we moderate, please read our Community Guidelines.