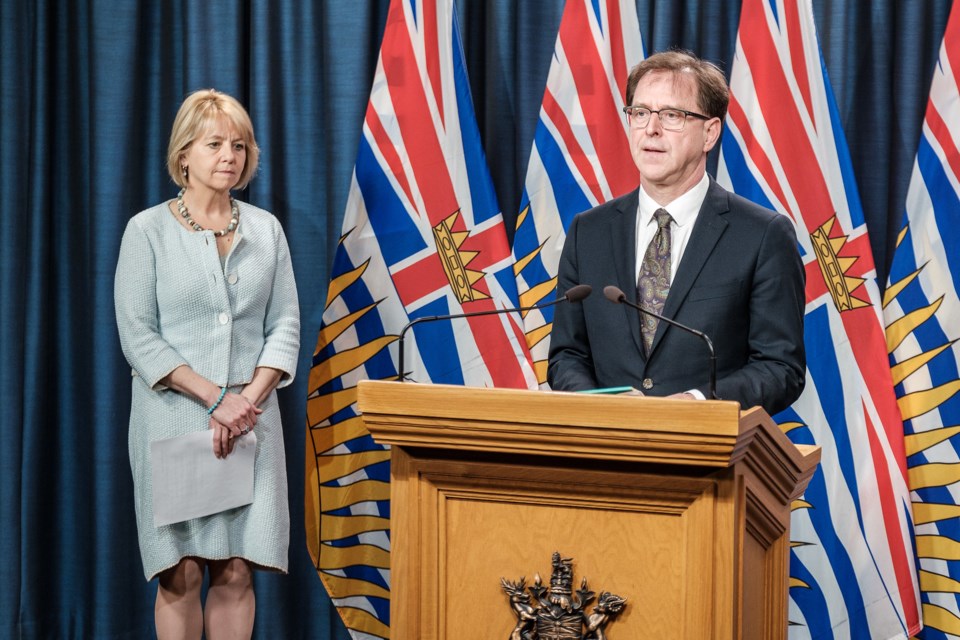 B.C. Health Minister Adrian Dix said the province will not relax public health safety rules that may have caused a snag in recent days in Vancouver's bid to host the National Hockey League’s resumption of play next month.

At a news conference Thursday, Dix was adamant that the tight regulations surrounding COVID-19 in B.C. have been the driving force behind the province being one of the top performers in fighting the pandemic in North America – something that the NHL should not ignore in its considerations of hub cities.

“I love the NHL,” Dix said, when asked about the Vancouver-NHL bid potentially being scuttled. “I love the idea of hockey coming here. But I’m also the minister of health, and the players and the fans – and those working at the arenas and everyone in British Columbia – expect the rules to apply to everybody. And that’s our advantage in this; it’s not our disadvantage.”

Multiple media reports emerged on Wednesday (June 24) that Vancouver’s bid – which by late last week was widely seen as a front-runner in landing the role of hosting 12 of the 24 NHL teams scheduled to resume play in late July – has been derailed over what the protocols are if a player tests positive during the resumed season.

Additionally, whether the players and their families can be in the same quarantine “bubble” has emerged as another point of contention as the NHL narrows its options to six cities: Vancouver, Edmonton, Toronto, Las Vegas, Los Angeles and Chicago. Until Wednesday, Vancouver was considered with Las Vegas as overwhelming favourites in the process.

A tweet by Global BC’s Richard Zussman went as far as saying “the NHL has moved on” from Vancouver, but Dix said the change does not reflect any breakdown on the provincial side of the equation.

“There’s no breakdown,” Dix said. “Vancouver – and anybody who has been paying any attention at all knows this – is the best possible place for them to come because we enforce public health rules in B.C. thoroughly and completely. This is the reason to come.

“The NHL will make its own decisions. They are very intelligent people, and they will have their own considerations - considerations that might make Las Vegas or somewhere else a better location than Vancouver. But frankly … this is the place to come, and I hope they come.

“We’ve made our pitch, our case. We make it at three o’clock every day – which is that public health comes No. 1 in B.C. That matters to the NHL, and that should matter to everybody else.”

As of Tuesday (June 23), B.C. has reported fewer than 20 daily new COVID cases for almost all of June; that number has hovered closer to 10 in recent weeks. This compares favourably with every other jurisdiction with a host-city bid; Alberta's daily new cases have hovered between 30 and 50 for the last two weeks, while Ontario's daily figure fell below 200 this week.