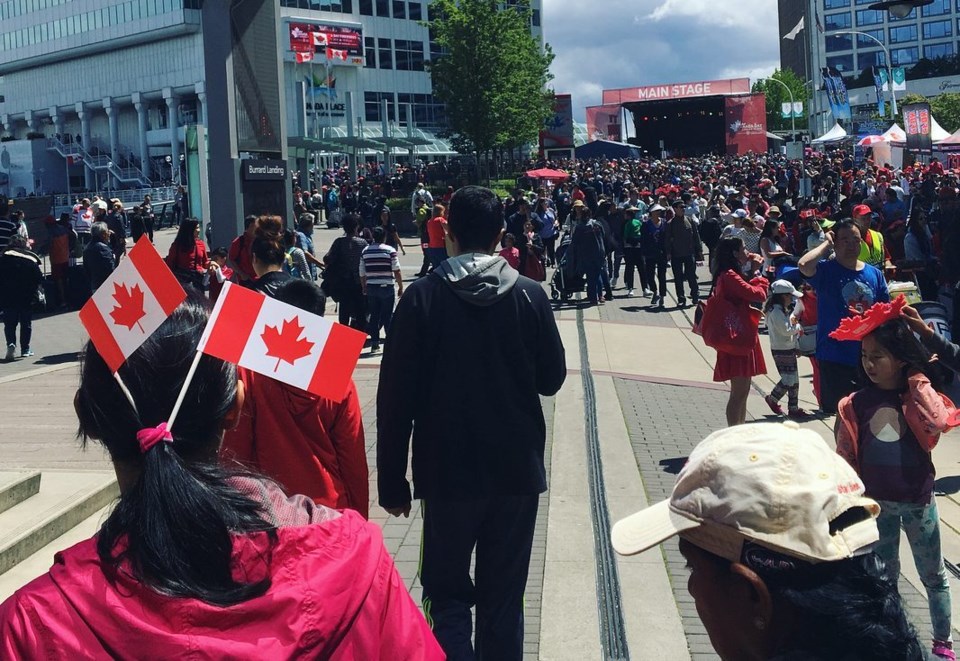 A new wave of immigration is increasing Canada’s population and underpinning its economic growth. File image

A new wave of immigration is increasing Canada’s population and underpinning its economic growth. National population growth from July 1 to October 1 reached a robust 0.6%.

B.C. led this charge with an increase of 0.7% or 34,240 persons over the period. This was the strongest same-quarter growth for B.C. since the mid-1990s. The latest gain has been driven by a surge in international migration, both in traditional immigrant newcomers and in surging non-permanent residents. The former surpassed 15,000 persons, which was 50% above the prior year’s performance.

High intake targets by the federal government, and strong demand by immigrants for countries that have stable governments, freedom and an overall acceptance of newcomers, have buoyed inflows. A tight labour market, demand for post-secondary education and a burgeoning technology sector are likely driving increased non-permanent resident flows.

Year-over-year population growth in the latest quarter rose to nearly 1.6% from 1.4% during the prior quarter, translating into a gain of 78,425 persons. More than 80% was due to international inflows.

Strong population growth will remain a key driver for the economy, with newcomers helping to alleviate shortages in the labour market, lifting consumption and housing demand and forming businesses. That said, growth will add to pressure on home values and rents.

B.C. retailers, meanwhile, pinned their hopes on a stronger holiday season after flubbing the start of the fourth quarter.

October sales at bricks-and-mortar stores declined 0.9% from September to a seasonally adjusted $7.13 billion, with year-over-year activity down 0.7% compared with a 0.5% increase in September. This largely aligned with weaker national sales. Sales deterioration in October owed mostly to lower sales at motor vehicle and parts dealers, building materials/gardening stores and health stores.

The latest dip adds to the soft trend observed through 2019. Sales through the first 10 months rose a scant 0.5%, on track for the weakest annual performance since 2009, when sales contracted more than 4%.

Factors curtailing growth have included lower replacement demand for vehicles, higher household debt and effects of a slower housing market. Consumers are increasingly cybershoppers. National online sales are up 27%, albeit with market share of about 3.5%.

This year is expected to be stronger for retail spending in the province. A moderately strong labour market, rapid population growth and recovering housing market look to drive a 4% gain. •

Vancouver philanthropist, visionary Robert Lee dies at the age of 86
Feb 20, 2020 3:18 PM
Vancouver Fire says smoking caused the city's first fatal fire of 2020
Feb 20, 2020 10:32 AM
Comments
We welcome your feedback and encourage you to share your thoughts on this story. We ask that you be respectful of others and their points of view, refrain from personal attacks and stay on topic. To learn about our commenting policies and how we moderate, please read our Community Guidelines.