Watch this B.C. magician perform for Penn and Teller (VIDEO) 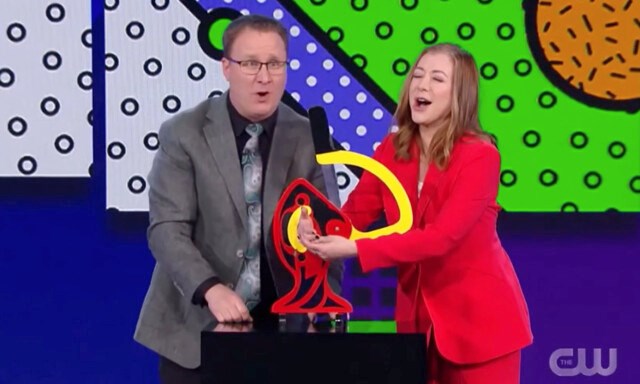 Clinton W. Gray's stint on Penn and Teller: Fool Us has aired, and the clip is online and available for viewing.

In it, the Kamloops magician performs his trick, the "Arm Chopper of Doom," for the legendary duo, with host Alyson Hannigan as his uncertain assistant.

The trick involves a blade on a hinge coming down on Hannigan's arm, which is trapped in the contraption (which Kamloops Makerspace helped build) while Penn Jillette, Raymond Teller and the audience watch on.

Gray was actually the last performer to have his trick recorded for the show before things closed down due to the pandemic, he told Castanet earlier this month.

Check out the clip below.