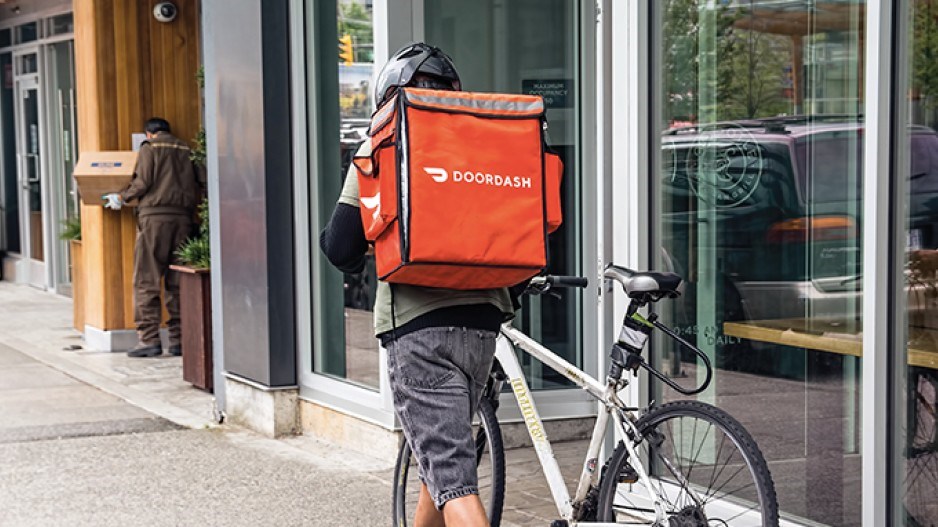 Food-delivery companies in British Columbia will face caps on fees they charge restaurants as of Dec. 27. Photo by Chung ChowChung Chow / BIV

B.C. restaurants struggling to get by on narrow margins amid pandemic restrictions will be getting some relief during the holiday season.

The province is placing a temporary cap on fees charged to restaurants by delivery companies like Uber Eats or SkipTheDishes Restaurant Services Inc.

The 15% cap on fees charged to restaurants goes into effect Sunday (December 27).

The Emergency Program Act order also places a 5% cap on other related fees such as online ordering or processing fees so companies can’t shift delivery costs to other fees.

The temporary caps will be in effect for three months after the provincial state of emergency is lifted as the B.C. government responds to the pandemic.

The move is earning praise from the Surrey Board of Trade, which notes restaurants have been hurting amid provincial restrictions brought on in an effort to manage the pandemic.

“We are pleased that the B.C. government listened to the business community and acted on this issue,” CEO Anita Huberman said in a statement.

“Restaurants, and in general the food and beverage industry, continue to be negatively impacted by understandable health and safety orders, reduced seating capacity, and additional costs of personal protective equipment.”

As patrons eschew dining in amid safety concerns, more British Columbians have taken to using apps to order meals.

But restaurants that have come to depend on the apps for easier ordering and delivery options face commissions from those delivery companies as high as 30%, cutting into the industry’s already-narrow margins.

The BC Restaurant and Foodservices Association had been writing letters to meal-delivery companies, urging them to conform to a 15% maximum commission on meals that would be like the 15% cap that San Francisco in April imposed on these companies.

Instead, the province stepped in via a private members’ bill introduced into the legislature earlier this month.

—With a file from Glen Korstrom

Tips become a way for regulars to show their appreciation for local restaurants
Dec 15, 2020 7:00 AM

Restaurants try to make the best of their toughest holiday season yet
Dec 18, 2020 7:00 AM