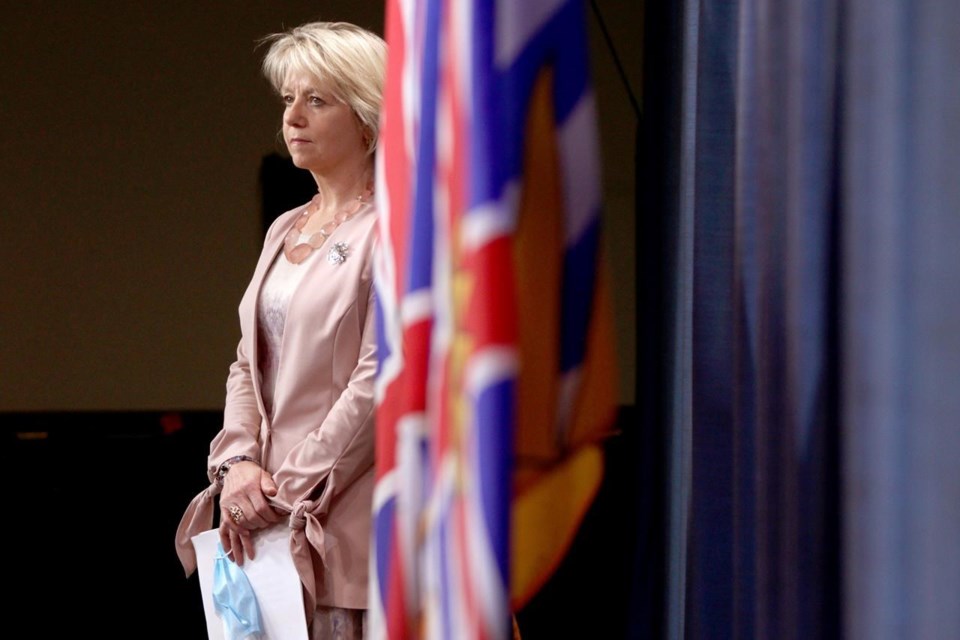 "I remind all of us about the severity of this illness and the fact that we have people who are suffering in our hospitals right now, and their families are suffering too," she said.

The RCMP say they arrested a shopper at a Walmart in Dawson Creek this week after he allegedly assaulted an employee who asked him to wear a mask.

B.C. set another single-day record with 911 cases of COVID-19, Henry said, adding that a total of 30,884 cases have been diagnosed in the province.

Eleven more people have died, bringing the number of fatalities to 395, while a record 301 patients are in hospital.

Some faith leaders have questioned Henry's order to ban even limited gatherings at churches, temples and other faith locations while restaurants and bars remain open.

Henry said outbreaks have occurred in multiple faith locations despite safety measures in keeping with what is happening around the world.

"I'd like to be clear that these locations are not doing anything wrong," she said, adding COVID-19 precautions were being followed at the majority of worship places.

"These are not decisions that we make lightly," she said.

Henry said events that were safe even a few weeks ago now threaten the most vulnerable people who attend them as well as entire communities.

However, she said most faith leaders understand the measures as they support their congregants from a distance.

"It is a cruel irony in many ways that when we most need to be with people, that is the most dangerous thing that we can do with this level of transmission we are seeing in communities across the province."

This report by The Canadian Press was first published Nov. 27, 2020.