A man was walking his small dog when the dog ran off into the bushes and ended up being chased by the bear.

The BC Conservation Officer Service (BCCOS) has issued reminders on what to do if a bear should attack after an incident in Prince George.

In a social media post, the service says a pet owner's dog was killed in Forests For The World by a black bear Friday morning (June 12).

"The attack happened at approximately 10 a.m. in the Forests for the World park. Bear spray was deployed and there have been no further sightings of the bear," the post reads. 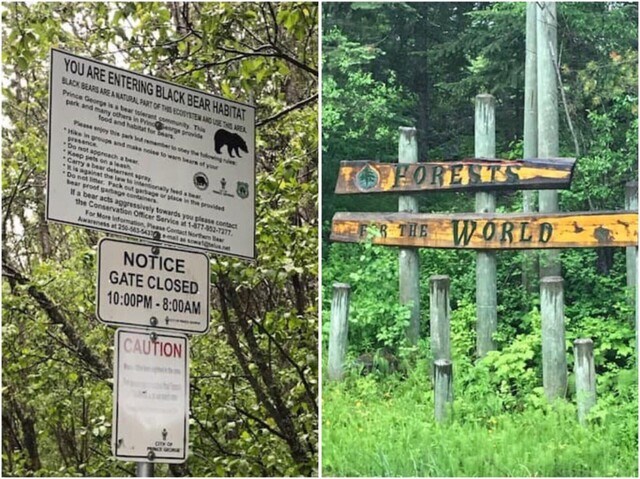 Conservation Officer Eamon McArthur told Glacier Media in an email the man was walking his small dog near the lookout tower when the dog ran off into the bushes and ended up being chased by the bear. He said the bear likely identified the small dog as a food source.

He added there was no aggression towards the dog or owner at the time of the incident.

The BCCOS has issued the following reminders to take while enjoying outdoor spaces: