One-third of British Columbians who put up holiday decorations planned to leave them up for longer than usual
Jan 19, 2021 8:50 AM By: Kirsten Clarke 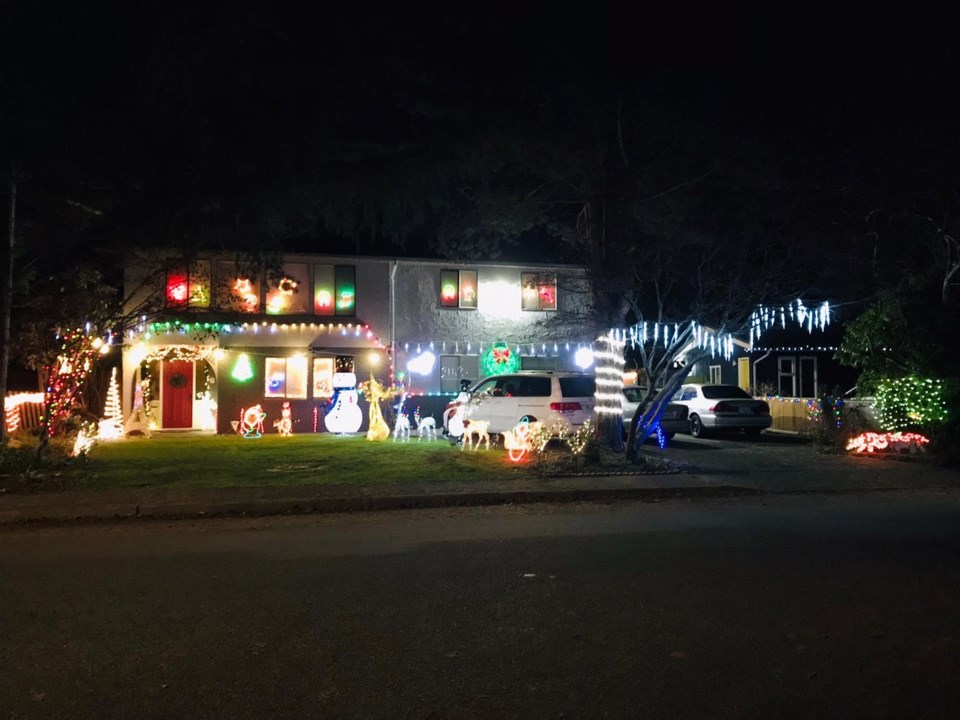 Cornerbrook Kingdom house, which was decorated with Christmas lights this past holiday season. Photo: St. Joseph the Worker Parish

Neighbourhoods around the province are still twinkling with holiday lights and decorations, nearly a month after Christmas, as a means of combating the “COVID-19 blues.”

That’s according to a new survey by BC Hydro, which found that one-third of British Columbians planned to leave their decorations up for longer than usual after the holidays wrapped up.

“While there are many reasons British Columbians have chosen to extend the holiday season, those who are keeping their holiday decorations up longer this year overwhelmingly say they want to brighten up the COVID-19 winter,” said BC Hydro.

“Many British Columbians also acknowledge spending more time at home is a reason to keep them up longer this year.”

Decorating is also one of the few traditions that was “COVID-proof” this past holiday season, the Crown corporation added.

The survey found that four in five British Columbians put up decorations – and half of those decorated both indoors and outdoors.

And of those who decorated, 40 per cent put up their decorations earlier than in holidays past.

Across the province, about 10 per cent of residents said they expect to keep their decorations up past mid-January, while those living in the Lower Mainland and Southern Interior are the most likely to still have their holiday decorations on display in February.

For those looking to extend the holiday spirit this year, BC Hydro recommended switching to LED lights in order to save money (about $40 per eight strands) and using timers so lights are only on when needed.

The online survey of 800 British Columbians was conducted on Jan. 12 to 13.