VANCOUVER — An organizer behind two recent tent cities in Vancouver is calling on the provincial and federal governments to create "refugee-style" camps, in the wake of a decision that allows people to camp overnight in parks.
Jul 15, 2020 4:14 PM By: Canadian Press 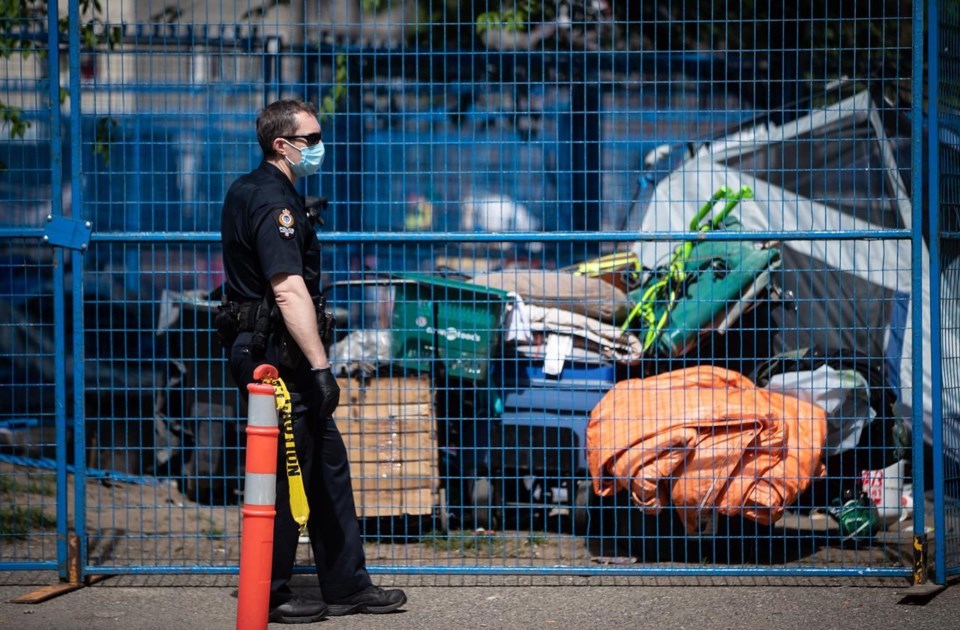 VANCOUVER — An organizer behind two recent tent cities in Vancouver is calling on the provincial and federal governments to create "refugee-style" camps, in the wake of a decision that allows people to camp overnight in parks.

The Vancouver Park Board passed a motion late Tuesday which includes provisions to "more effectively manage temporary structures and tents for those seeking shelter in parks."

The board says the move reflects recent B.C. Supreme Court decisions recognizing the charter right to stay in public spaces when adequate shelter is not available.

The motion passed 4-3 after two nights of debate and submissions from dozens of speakers.

Chrissy Brett, an organizer of a tent city in Vancouver's Strathcona Park and a spokeswoman for other recent Vancouver encampments, said she's upset with the outcome.

"I would say that I'm disappointed in the lack of humanity in this decision," she said Wednesday.

Brett said she would have preferred the board defer the motion to allow for more discussion its impact on the homeless.

She compared the encampments in Vancouver with the plight of refugees in foreign countries.

"If we can send that refugee money overseas, we need to create Canadian refugee-style camps," Brett said. "I'm tired of the government saying we need to work on housing first when there's nothing that comes second. There's no wraparound support services, there's no detox or treatment."

By refugee-style, Brett said she means a camp which has formal access to toilets, running water and social services.

Shane Simpson, the minister of social development and poverty reduction, said the government is looking at an array of options to address the camp sites.

He said he questions whether a refugee-style camp would meet the approval of current campers.

"One of the things about a camp like that, if you chose to do that, is that it would be pretty heavily managed. It would need to be," he said. "In terms of the campers, I'm not certain about how well it would be received by the people who are camping there."

Simpson added that he expects the number of tents at Strathcona Park to grow and he doesn't know how the bylaw will be practically enforced.

"I'm not sure that anybody quite understands what the impact of this bylaw will be," he said.

The city had been dealing with a long-running tent city in the Downtown Eastside at Oppenheimer Park when the COVID-19 pandemic broke out.

Officials were able to place the majority of those residents in housing, but two more tent cities popped up in the wake of its shutdown.

The first, on property owned by the Port of Vancouver near CRAB Park, was dismantled after the B.C. Supreme Court granted an injunction in early June over health and safety concerns.

The encampment at Strathcona Park has swelled to about 200 tents.

Dave Demers, a commissioner who voted for the motion, said the board was left in an untenable situation.

The current bylaw restricting sleeping in parks was unconstitutional and officials needed to come up with a solution, he said.

"It's a pretty dire situation that is not new," Demers said. "I think people fail to understand or grasp the gravity of the situation."

The provincial government needs to sit down with local officials to help plot a way forward and ensure there are more services offered for the homeless population, he added.

This report by The Canadian Press was first published July 15, 2020