Can B.C. nightclubs survive the pandemic?

And what would the impact of those closures be on Canadian recording artists and working musicians, for whom nightclubs are both career incubators and a main source of income?
Jun 18, 2020 7:14 PM By: Nelson Bennett 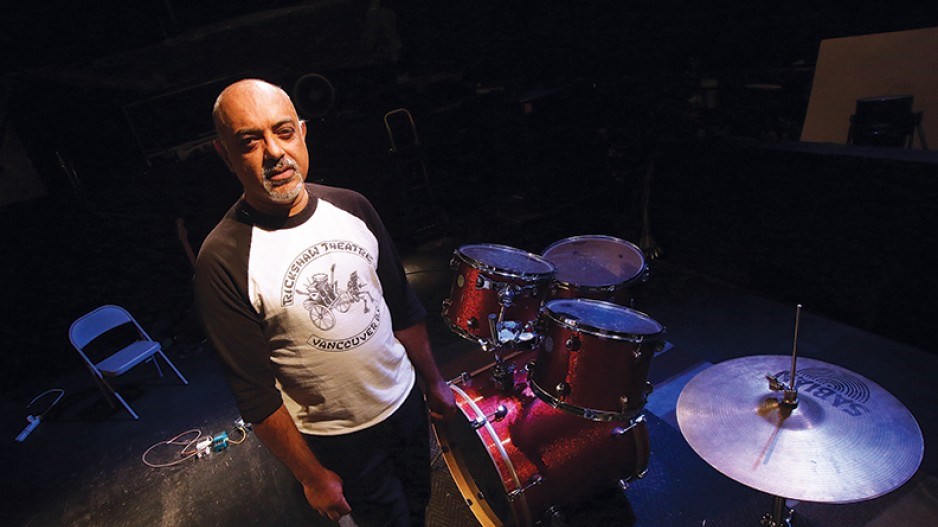 Whether it is justified or not, Vancouver has been dubbed “No Fun City” because of its allegedly tepid nightlife and throwback liquor laws.

So just how joyless will it be if half of the nightclubs and live music venues permanently close?

And what would the impact of those closures be on Canadian recording artists and working musicians, for whom nightclubs are both career incubators and a main source of income?

Nightclubs and other live music venues, which include places like the Hard Rock Casino Vancouver, were among the first businesses to close in B.C. after a provincial state of emergency was declared on March 17 to contain the COVID-19 pandemic.  They may be the last to reopen. Some might never reopen.

Nightclubs across Canada and the U.S. also were shut down, and organizers have cancelled all music festivals and fairs that were to take place this summer.

“We literally had the rug pulled out from under our feet,” said B.C. blues musician David Gogo. “All of a sudden the gigs were gone.”

B.C.’s four-phase restart plan puts these events and venues in Phase 4, which is a kind of limbo. There isn’t even a tentative date for their reopening, and though there is federal and provincial aid available, no one in the live music scene knows how long club and theatre owners can hold on.

Already, one nightclub, Gabby’s Country Cabaret in Langley, has announced its permanent closure.

Nate Sabine, director of business development for This is Blueprint, which owns four nightclubs in Vancouver, as well as a director for the Hospitality Vancouver Association, is pretty pessimistic about clubs and venues with cabaret licences.

“We reckon that over 50% of the nightclubs will not reopen, or will not open with their current ownership. That’s being optimistic. And I’m not being alarmist.”

There is a segment of society that will not miss nightclubs, which are viewed by some as troublesome – disgorging drunken hooligans into the streets at closing time.

What they may not realize is just how important nightclubs, live music theatres, festivals, and casinos are for working musicians, especially up-and-comers.

Bruce Allen, manager for Bryan Adams and Michael Bublé, started out as nightclub booking agent and discovered Bryan Adams in a nightclub in North Vancouver.

“My partner and I had 17 clubs downtown that we booked all the time, and it was a very vibrant scene,” he said. “Those clubs developed Bachman Turner Overdrive, they developed Bryan Adams, they developed Loverboy. Now that’s gone. That’s been gone for a long time.”

What’s left of the local nightclub scene is difficult to sustain, due to high rents, insurance costs and zoning.

“Lots of mid-sized venues in the city, it costs over six figures a month just to stay open in rent and insurance,” Sabine said. “So when you start looking at a year being closed, and paying $1 million bucks in rent, who can survive that?”

Although federal and provincial governments have offered financial aid to both artists and venues, the problem is that the industry isn’t sure if that aid will continue long enough, because no one knows just how long they have to remain closed.

“The first time live music – bars, nightclubs – were mentioned, was when [Premier John] Horgan said that’s Phase 4,” said Mo Tarmohamed, owner of the Rickshaw Theatre. “I’m not sure if he was being flippant or not, but he said ‘That’s when we find a vaccine.’ That was alarming to all of us.”

It’s alarming because experts say a vaccine may take a year or more to be approved.

While restaurants and pubs are now allowed to reopen, under Phase 2 of the B.C. Restart Plan, the prohibition on gatherings of more than 49 people is expected to continue throughout the summer, meaning all nightclubs, fairs, music festivals, casinos, and live music venues like the Commodore Ballroom – basically any venue with a cabaret licence and a stage – will remain closed at least until the fall.

“The timing of a safe restart of night clubs, casinos and bars is a more complicated consideration,” the plan states.

Many Canadians may not realize just how important the live music scene is for Canadian recording artists. They may assume that an artist who has albums out mainly earns his or her living from album sales and streaming revenue.

But they earn very little from album sales – because hardly anyone buys CDs anymore – and streaming services like Spotify pay next to nothing to the artists who create the music.

“When you’re getting .009 of a cent for every stream, you’re not making any money,” Allen said.

In fact, artists don’t even make that much from streaming. According to Artists for an Ethical and Sustainable Internet, Spotify pays artists US$0.0032 per stream. So a song streamed one million times on Spotify would net the artist who wrote and recorded the song US$3,200.

Whereas musicians once made most of their money from album sales and airplay royalties, and toured only to promote albums, today it’s the reverse: they now earn most of their income from playing concerts, festivals, fairs and nightclubs and from the sale of merchandise.

“We toured to promote albums,” Allen said. “Now we put albums out to promote a tour. And what we do – and it’s not a great practice because we end up buying our own albums – is when you buy your ticket you can get an album free.”

The bigger name acts – ones with hit songs that still earn substantial airplay royalties – can wait out the pandemic. Working musicians and up-and-coming artists can’t – they need to tour.

“If Michael Bublé moves his dates, I just have to move the date,” Allen said. “But the bands, the young bands … that rely on all the festivals in the summer, they are just devastated.

“There’s no shows going on anymore and that cripples those guys because you can’t pick it up in the winter.”

Gogo was supposed to start a tour in September, but that tour may be off now.

“We’ve already lost several of the anchor dates,” he said.  “It’s not just difficult now, but I’m really worried about the fall and the winter. It doesn’t look like much is going to change. If you can only get 40 or people in a venue max, you just can’t make it work. I am very concerned about September and beyond.”

While federal and provincial agencies like Heritage Canada and Creative BC have provided some funding to help Canadian recording artists during the shutdown, if nightclubs start shutting down, and music festivals go bankrupt, there will be fewer places for them to play.

Allen thinks venues like the Commodore Ballroom will survive, but doubts some nightclubs will.

“If you’re shut down for four months, and you’re still paying rent, in the club business your margin isn’t enough to keep going. We move the dates. That’s all we can do is move the dates. But that doesn’t happen in nightclubs. A nightclub’s out of business.”

Tarmohamed has been able to tap some of the government subsidies and loans and has an understanding landlord.

“But at what point will they say we can’t carry this forever?” he said.

Paul Stoilen, a partner in the Donnelly Group and Safe & Sound Entertainment, which owns Bar None, Hello Goodbye and Kiss and Tell nightclubs, said it would be very difficult to operate a nightclub while enforcing social distancing.

“We’re optimistic that nightclubs will survive, but what we need is an extension of some of these support programs,” Stoilen said.

“Because it’s incumbent on the landlords to apply for those things, many landlords can’t afford to take the 25% haircut, or they’re unwilling to, and there are a couple out there who have been just straight-up predatory,” Sabine said.

The provincial government has since put a moratorium on commercial evictions, which may prompt landlords to apply for the federal aid program.

“Basically the support programs take us to the end of June,” Stoilen said. “We’re looking for those to be extended.”

See related story, Live in concert – on your smart TV