'It was crazy': Witness captures moment car goes up in flames in B.C. (VIDEO) 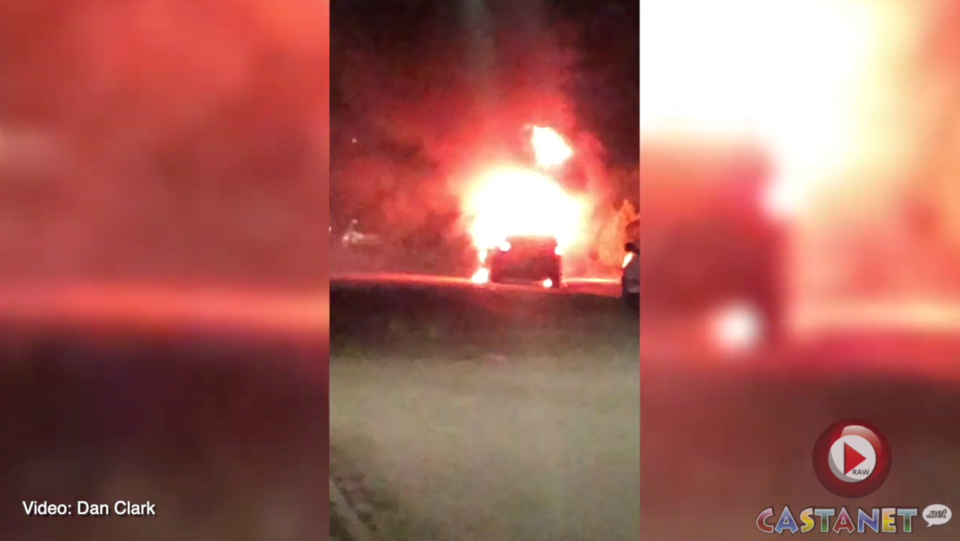 Loud explosion sounds could be heard on Caribou Street and Orchard Avenue in Penticton, B.C., late Friday night, after a vehicle went up in flames. Photo: Dan Clark
By Laura Brookes

Loud explosion sounds could be heard on Caribou Street and Orchard Avenue in Penticton, B.C., late Friday night, after a vehicle went up in flames.

Witnesses captured the incident on video just moments after the flames fully engulfed the car.

Dan Clark was driving through the area at about 11:45 p.m. when he took a wrong turn on a roundabout and ended up driving towards the vehicle.

"We noticed flickering flames in the driver's seat and within a minute it was completely engulfed... it was crazy."

Clark immediately called emergency services and waited on the scene until the fire department arrived.

He says it looked like there was something "sticking up in the driver's seat like a box or a canvas" but it didn't appear anyone was in the vehicle.

It is unclear whether the fire is deemed suspicious at this stage. Castanet has reached out to RCMP for further information.