$875,000 worth of cocaine seized from vessel entering B.C. waters after international trip

Close to 17 kilograms of what is believed to be cocaine was seized from a commercial vessel near Victoria
Aug 11, 2020 2:46 PM By: Jeff Bell 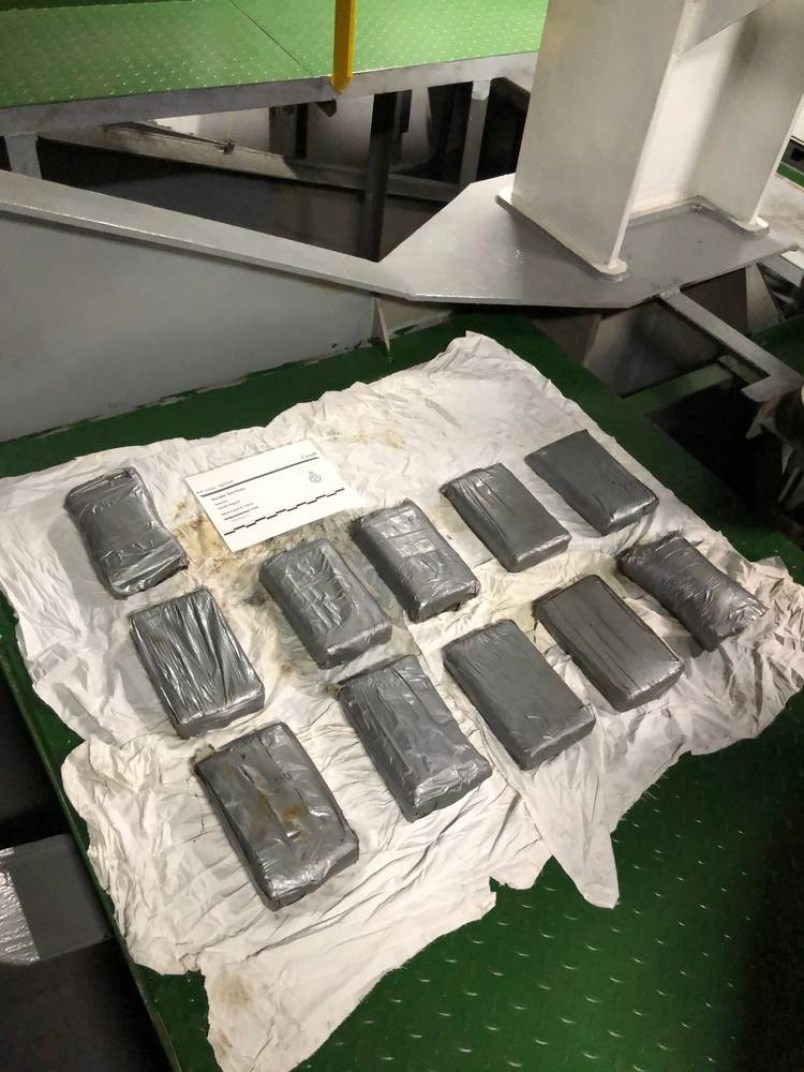 Canadian Border Services Agency officers located 11 individually wrapped packages in the engine room of a vessel on June 2, 2020. A field test of the contents identified the white substance as suspected cocaine. CREDIT: CBSA

Close to 17 kilograms of what is believed to be cocaine was seized from a commercial vessel near Victoria in June, authorities announced Tuesday.

The vessel was at Constance Bank anchorage June 2 when it was boarded by members of the Canadian Border Services Agency. Officers found 11 individually wrapped packages in the engine room, and a field test of the contents was done. A total of 16.84 kg of suspected cocaine valued at $875,000 was identified.

Testing has not been finalized.

Cpl. Daniel Michaud, spokesman for Federal Serious and Organized Crime, said crew members on the vessel had come across the packages and alerted the CBSA.

The CBSA continued its examination of the vessel June 3 in collaboration with the RCMP Dive Team. Divers found evidence of tampering under the waterline that suggested there had been more drugs onboard that had been removed.

No more narcotics were found on the ship.

The CBSA and RCMP said the ship had been on legitimate business and had travelled to South America, Europe, the Caribbean and the Unites States before reaching B.C. waters.

There have been no arrests or charges.

“The RCMP and CBSA are keeping up with concealment methods for illicit contraband, continually adapting to new trends,” said Supt. Bert Ferreira, officer in charge of the B.C. RCMP Border Integrity Program. He said the agencies team up to gather intelligence “so we can keep disrupting the activities of organized-crime groups.”