Mexican workers who claim they were fired and repatriated in late June for requesting a visit from migrant support workers are speaking out
Jul 27, 2020 8:16 AM By: Castanet 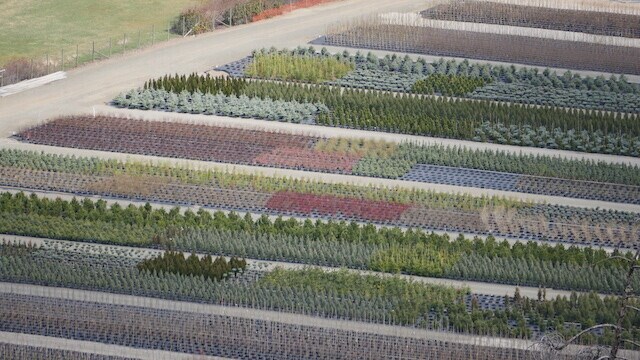 Two Mexican workers who claimed they were fired from West Kelowna’s Bylands Nurseries and repatriated in late June for requesting a visit from migrant support workers are now speaking out to share their story.

The story garnered international attention after being published by The Guardian on July 20 — highlighting the struggle of balancing coronavirus restrictions while respecting the BC Human Rights Code.

Erika Zavala, 35, and Jesús Molina, 36, arrived in Canada in early 2020, months before the COVID-19 outbreak was declared and pandemic and restrictions such as the 14-day quarantine were imposed on international travellers.

They found employment at a Summerland farm, intending to send money home to support their families.

In late May they transferred to Bylands Nurseries, which experienced a significant COVID-19 outbreak in March and was ordered by Interior Health’s medical health officer at the time to restrict workers self-isolating to leave the premises.

Under the order of the medical health officer, Bylands Nurseries implemented "several measures including enhanced cleaning of all nursery, housing, sanitary and other facilities accessed by employees as well as denying access to all visitors to the site.”

The outbreak was declared over on May 11, the restrictions no longer required by IH, and by the time Zavala and Molina arrived at Bylands to begin work on May 27, they had been in the country for months.

Despite this, Cohen says both workers, who had never been exposed to the virus or experienced symptoms, were subjected to a strict policy which prevented migrant workers from leaving the farm, or having visitors who did not already reside on site.

She says Canadian employees were not subject to the same restrictions, and were free to invite visitors onto the property as well as leave the property for essential services, groceries or leisure.

"Our policies have been guided by the advice of the provincial Public Health Order (PHO) for Agriculture, which includes specific policies related to employees who live in company accommodation to limit the transmission of COVID-19.

"We support all employees living in company accommodation by ensuring they have access to services for their physical, mental, and emotional wellbeing. This includes providing grocery services, a safe work environment (including providing personal protective equipment such as masks and gloves for workers), safe transportation, on-site physiotherapy services, support for online banking and money transfers, and transportation to any medical appointments."

Cohen says she and another RAMA Okanagan worker were invited by Zavala and Molina to their on-site housing on June 28, as the couple had asked for work clothing and cultural food not provided by Bylands, and were not permitted to leave the property to get these items themselves.

Another staff member took a photo of the interaction and sent it to the manager, who called the couple into his office and fired them on the spot, she says.

They claim they were presented with a letter drafted in Spanish by the manager, stating they had violated the farm policy that prohibited them from having any visitors, and told to sign it.

Zavala and Molina felt like they “didn’t have a choice” other than to sign the letter, says Cohen.

Byland confirmed the two workers were fired by the company, stating more than one incident had occurred.

"On a number [of] occasions, the two individuals in question did not adhere to the policies and guidelines that were established by Bylands Nurseries based on the PHO. Bylands Nurseries discontinued these individuals' employment following multiple instances where they did not adhere to workplace policies, which are in place to ensure the health and safety of our team and community."

Under Section 13 of the B.C. Human Rights Code, it is illegal for employers to "discriminate against a person regarding ... any term or condition of employment" because of race, or place of origin.

Placing limitations that don't apply to Canadians on foreign workers working the same job is not a new phenomenon, says Cohen, but has been exacerbated due to the pandemic.

"Where their access to communities is normally limited, this year it’s completely cut off, and so what we’ve seen is that workers who are already vulnerable regularly are even more vulnerable and more under the control and surveillance of their bosses. They’re even more fearful from breaking these rules - even if they want to do something as simple as buy feminine hygiene products, or go to the doctor, or buy essential food at the grocery store. They can’t even do that.

“Our advocates are saying they feel like criminals [for providing assistance], and the workers feel like prisoners. It’s absolutely unacceptable.”

Temporary foreign workers under the federal seasonal farm program hold visas that are attached to their employers, and many don’t raise issues relating to employer abuse, racism or discrimination due to the fear of risking repatriation, says Cohen.

Fighting dismissal or finding other work is a very difficult process given their housing is often also linked to their employer, she says.

Cohen says since returning home, Zavala and Molina have felt a mixture of emotions, ranging from helplessness and worry to intense frustration at how the situation unfolded.

“They have nothing and were expecting to work for a few months, so they’re really worried about their ability to make a living, especially because Mexico is still in the height of the pandemic and a lot is shut down. They’re also really angry, and they don’t feel like they were treated fairly at all. They recognize the policies that farms are imposing on workers like them as being racist and discriminatory, and they want them to end.”

Byland Nurseries has participated in the Seasonal Agricultural Worker Program since 2004.

"We take the well-being of all employees very seriously," says Byland, "and remain committed to ensuring we do our part to ensure the safety and well-being of our team and the wider community.

"We will continue to reach out to public health officials to ensure that our policies related to our employees are in line with their advice."