It was only after his sister died by suicide there in July that Vincent Gornall made the hike up to the Goldstream Trestle to stand where she last stood.
Jan 16, 2021 6:00 PM By: Katie DeRosa 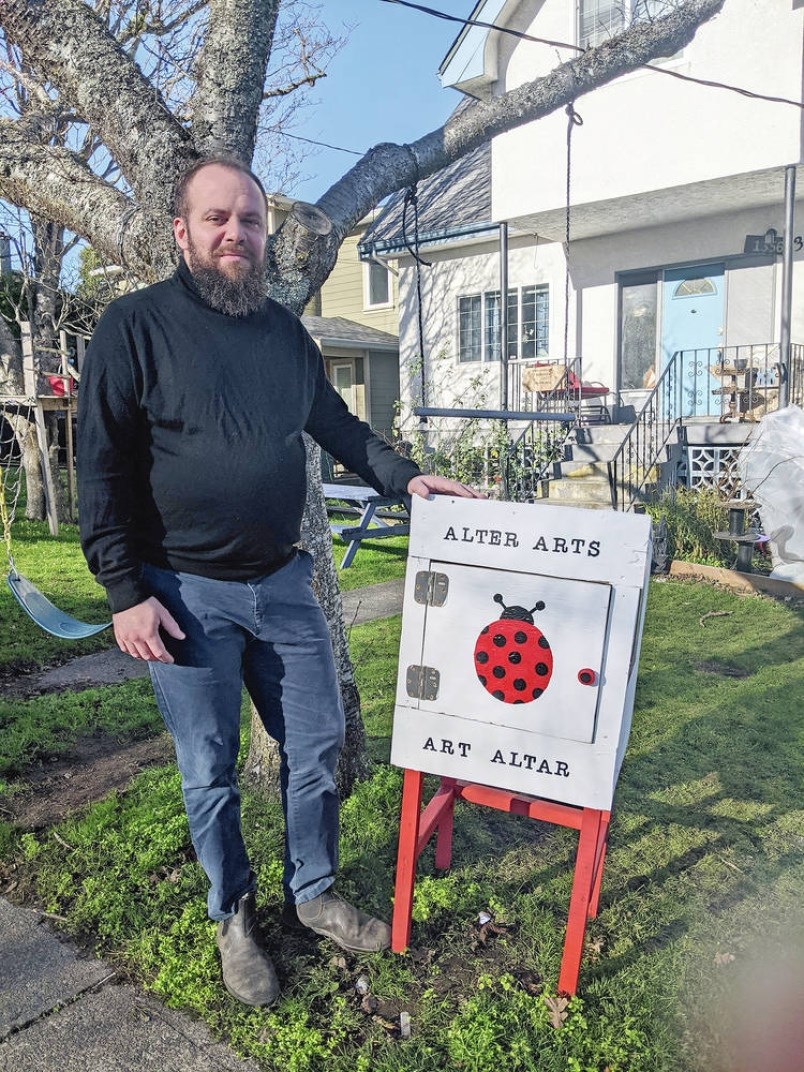 It was only after his sister died by suicide there in July that Vincent Gornall made the hike up to the Goldstream Trestle to stand where she last stood.

Looking at the disused rail line and the Niagara Creek Canyon below, Gornall wondered why barriers hadn’t been put up — especially since he was told by the RCMP that multiple people take their lives at that spot every year.

Gornall and others are asking that question again following the death of Langford teen Andre Courtemanche, who recently took his life at the trestle. The 16-year-old’s body was found in Goldstream Provincial Park on Jan. 9, eight days after he walked away from his home after an argument with his parents.

“I think we need to have really effective barriers to prevent people from jumping at that location,” said Gornall, a Victoria public servant. “This is a known danger.”

Kirsten Marten, who set up a Facebook page during the search for Andre that has turned into a forum for condolences to the family, said since the teen’s death, she’s heard from at least 20 people who have lost a loved one to suicide at that location.

Gornall’s 32-year-old sister, Breanne Gornall, died by suicide on July 7 after struggles with mental health and a confluence of personal tragedies. Her ex-boyfriend, who spoke with her on the phone as she stood on the bridge, phoned 911. Gornall later spoke to the West Shore RCMP officer who raced to the scene but could not get there in time.

Even though he was warned against it, Gornall wanted to see his sister’s body. He said the image is burned into his brain and his heart goes out to any first responder who has recovered the body of someone who jumped from the bridge.

“I want to support the good work [first responders] are doing by making sure that unsafe bridges like this are no longer bringing them to the scene of traumatic events,” Gornall said.

Langford Coun. Lillian Szpak attended one of those body-recovery efforts in 2008 at the invitation of then-fire chief Bob Beckett, who wanted the councillor to understand the highly technical rescue equipment, ropes and swift-water training needed to recover a body from the Niagara Creek Canyon.

Szpak, who sits on Langford’s protective services committee, said she is still haunted by what she experienced. She said she’s been told at least two people a year have died by suicide at that location since 2015. “That is indicative of a very big problem that we have in providing support for depression.”

Szpak said Andre Courtemanche’s death underscored the need for better mental-health supports, and sparked a discussion on how to prevent the trestle from being used in suicides. Whether that includes warning signs, a barrier or other measures will be discussed by Langford council and mental-health experts, West Shore RCMP, Langford Fire and the Island Corridor Foundation, which owns and manages the trestle.

Langford Coun. Lanny Seaton said he’s been talking to first responders and the Island Corridor Foundation about potential safety measures. While he’s concerned that publicly discussing the issue will attract more people intent on killing themselves at the spot, he said not talking about it would prevent any concrete action from happening.

“We need to find ways to help people before they get to this point,” Seaton said.

Larry Stevenson, CEO of the Island Corridor Foundation, declined to comment on whether the foundation is considering extra safety measures.

Langford Fire Chief Chris Aubrey said in a statement that he supports any measure that could reduce the number of deaths at the trestle, including barriers or fencing, as well as increased funding for mental-health supports “to make sure no other family has to endure the pain of losing a loved one in this manner.”

An online fundraising page has been set up to help fund barriers on the trestle and support better mental-health treatment. It’s at gofundme.com/f/in-memory-of-andre-courtemanche.

Anyone in need of ­mental-health support can call the Vancouver Island Crisis Line at 1‑888‑494‑3888 or visit vicrisis.ca.