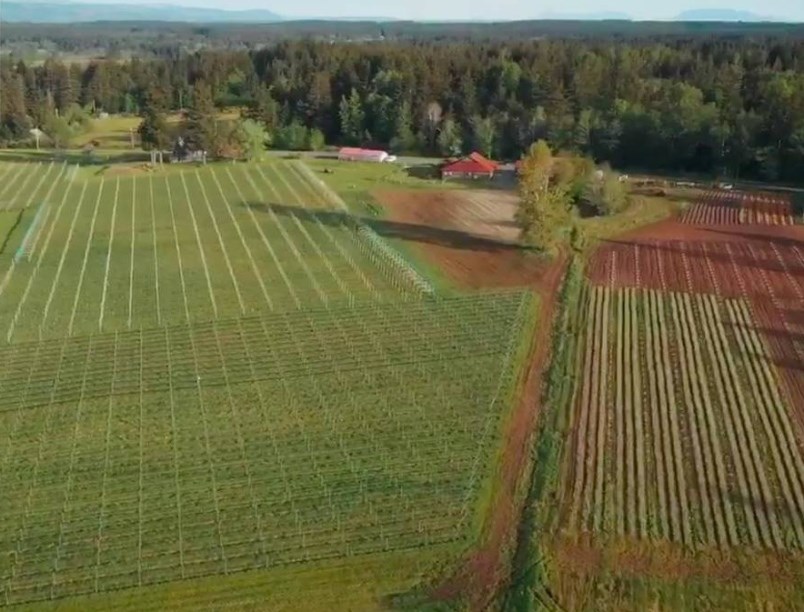 Beaufort Vineyard and Estate Winery near Courtenay has been put on the market. VIA REALTOR.CA

Movie director James Cameron appears to be getting out of the wine-making game as his Beaufort Vineyard and Estate Winery near Courtenay has been put on the market.

The 84-acre winery with 12.5 acres of organic grapes — the first certified organic winery on Vancouver Island — has been on the market for two months and was just reduced in price to $5.6 million from its original sale price of $5.9 million.

The Academy Award-winning director of Titanic bought the winery in 2013 for $2.7 million. Beaufort grows 10 varieties of grapes as well as hazelnuts, garlic and cereal crops.

The sale will include farm equipment, a number of recently renovated buildings including the winery, tasting room and wine bar, as well as potential new home sites.

Cameron, who grew up in Chippawa, Ont., has a passion for sustainable agribusiness and owns several businesses, including cattle ranches.

In a 2014 story in the Times Colonist, it was noted Cameron is no stranger to the farming business having worked on his grandfather’s farm in Ontario when he was young. He also bought thousands of acres in New Zealand.

Three other wineries are either listed for sale or recently sold on Vancouver Island and the Gulf Islands.

The 6.8-acre Rocky Creek Winery in Cowichan Bay has been on the market for nearly 100 days, and is listed for sale at $2.3 million.

The Sea Star Estate Oceanfront Winery on Pender Island has been on the market for nearly two months. The 26-acre property is listed for $3.95 million. Its sister property, the 77-acre Sea Star Oceanfront Estate Vineyards on Saturna Island, was recently sold for $3.2 million. It had been listed for sale at $3.65 million.