Divers haul 792 pounds of trash out of Cultus Lake 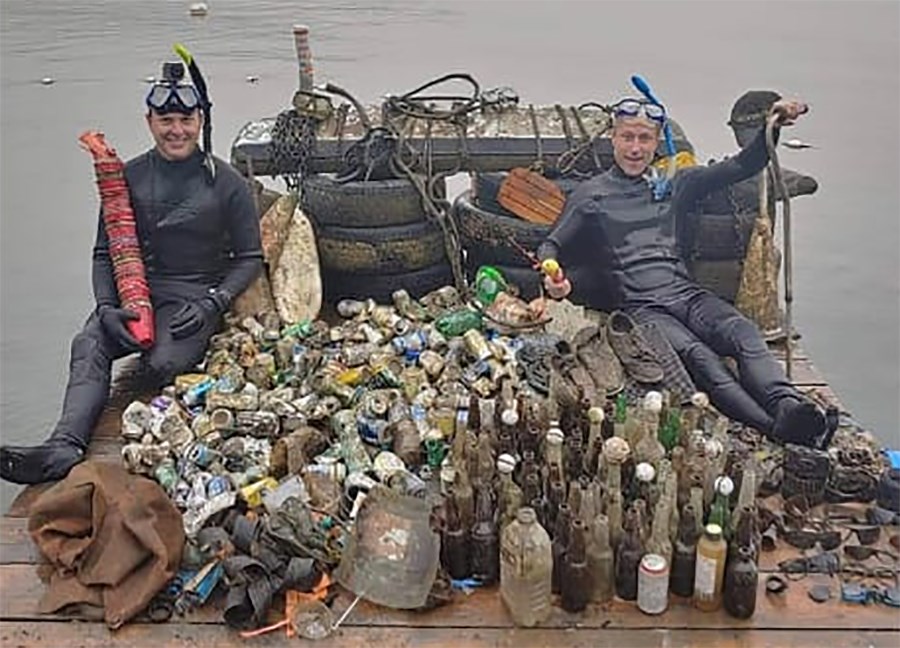 Most readers probably know of Cultus Lake for their waterslides and adjacent adventure park, which are located at the north end of the lake, near Chilliwack. However, on YouTube, they're starting to be known for the litterbugs that leave their trash in the lake itself.

The 12 km-long body of water is hopping with swimmers and boaters in the summer, both near and far from the slides and park.

You wouldn't know that some view it as "the jewel of the Fraser Valley" for the amount of stuff that people leave behind. Mostly in it.

Chilliwack resident Clayton Helkenberg is one of a number of divers who gather to do regular cleanups, and this past January he posted a video of his dive and the groups' haul to his YouTube channel.

They pulled out 792 pounds of tires, aluminum cans, and other assorted pieces of garbage.

In previous dives he has also found iPhones, sunglasses, full bottles of beer and other lost items, not discarded but simply lost by people who have dropped them in the lake. Some of these items have been reunited with their owners.

As Helkenberg tells Vancouver Is Awesome in an email, last year he found 26 phones and was able to return 9 of them.

The strangest things he's come across are urns and "bags of [cremated human] ashes," which he finds sometimes and leaves where they are, as they've been placed by loved ones who want their relatives' remains to be in the bodies of water they loved in life.

Watch the video below showing his recent Cultus Lake dive, and follow Clayton and his cleanup work on Facebook, Instagram, and YouTube. Also, if you feel inclined to pitch in some cash to help his efforts you can do so through his Patreon page.

Homicide detectives in Coquitlam. B.C., after shooting in busy recreational area
Apr 20, 2021 6:16 AM