New group will use unified voice to advocate for peaceful co-existence of bruins and humans
May 8, 2021 12:23 PM By: Ben Bengtson 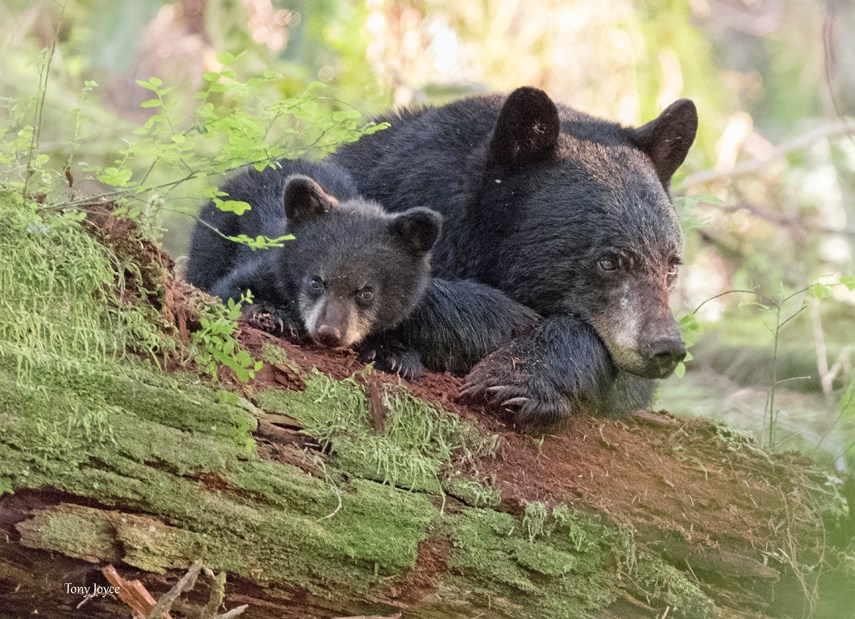 As many people celebrate the Mother Bears in their lives this weekend, a new organization composed of dozens of bear and bruin advocacy groups throughout the province has announced its arrival.

The BC Bear Alliance, made up over more than two dozen organizations, is dedicated to finding solutions to protect and co-exist with bears, according to Christine Miller, who was the education co-ordinator and executive director of the North Shore Black Bear Society for 15 years before retiring last year.

Miller, who is co-chairing the new alliance, said the organization’s goal is simple: to consolidate the voices of dozens of groups across the province so they have a stronger front for advocating for a world where humans and bears can exist in harmony.

“When you’re trying to initiate positive change, say at the provincial government level, they get letters and emails and correspondence from so many different individuals and organizations,” noted Miller. “It was decided that if we had a unified voice, it would be better.”

From April 2020 to March 2021, there were approximately 19,000 black bear incidents reported throughout B.C, according to the alliance. In that time, more than 600 black bears were killed.

Just recently, the first bear of the year was marked for death in North Vancouver after it developed a routine of breaking into garbage carts in the Braemar neighbourhood.

Luci Cadman, the new executive director of the North Shore Black Bear Society, who is also on the executive committee of the alliance, has said that 2021 is shaping up to be bad news for bears due to the high number of early conflicts with humans so far.

Sylvia Dolson, who started the Get Bear Smart Society in Whistler in 1996, is the alliance's other co-chair along with Miller.

Groups from across the province, such as Bear Smart Coquitlam, Maple Ridge Bears, Critter Care Wildlife Society, and the Hope Mountain Black Bear Committee, have also joined the alliance.

While standing together in solidarity, the alliance has outlined a number of priorities and initiatives it hopes to tackle going forward.

Among those priorities would be developing a standardized toolkit that municipalities throughout the province could look to when creating good bear bylaws, solid waste management plans and other educational initiatives to allow humans and bruins to co-exist peacefully in communities, said Miller.

“There’s a lot of municipalities, including the District of North Van, that have made really positive changes. It takes a long time, but I think it would be easier if there was a toolkit available to a municipality to refer to,” said Miller. “That will be one of our first projects.”

Visit the BC Bear Alliance website for more information.