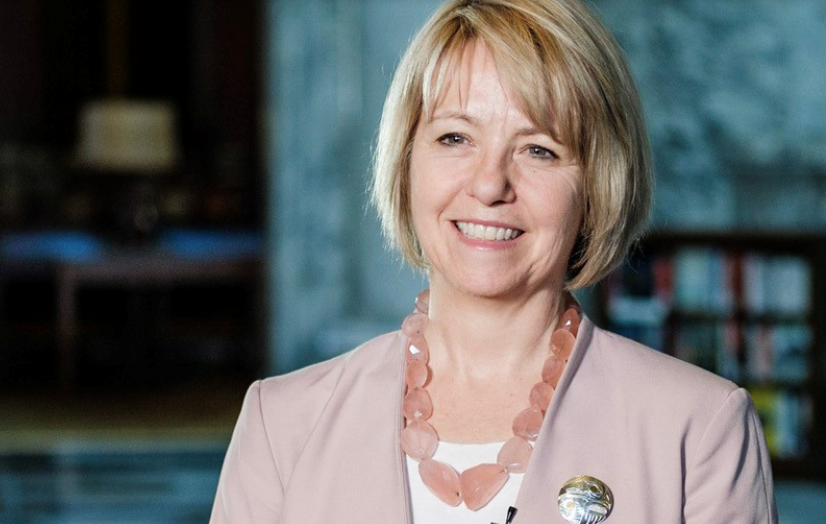 Since being forced into the spotlight by the COVID-19 pandemic, B.C. provincial health officer Dr. Bonnie Henry has made international headlines for her calming, assuring presence and her impressive handling of this province's response to the novel coronavirus.

She's had cocktails, craft brews, sushi rolls and even an octopus named in her honour, murals and street art painted in her likeness, and inspired a John Fluevog shoe.

Now, the YWCA's Metro Vancouver chapter is adding one more distinction to her laundry list of accolades - and making Henry's status as an icon official.

The organization named Henry as the recipient of the 2020 Icon Award, it announced this week.

Selected internally by the YWCA, the Icon Award "recognizes an extraordinary woman for her achievements throughout her lifetime," the organization explained in a release.

The Icon Award is bestowed upon women who have "made a significant and sustained difference" in their communities, the release continued.  Winners demonstrate "a track record of excellence" and are inspirations to others in their fields, while encapsulating "the spirit of women’s equality."

Henry, B.C.'s first female provincial health officer, is the third recipient of the Icon Award after May Brown and the Right Honourable Kim Campbell.

"It is an honour to be the recipient of this unusual year’s Icon Award. I am humbled to be included amongst the previous recipients; women who have overcome adversity, challenged convention, and shown unwavering passion, commitment and leadership," Henry said in the release.

"I am committed to continuing to do my best to have a positive impact. Thank you to the YWCA for this award."

In its announcement, the organization lists many of Henry's professional achievements, ranging from her "calm and informative approach" to the COVID-19 pandemic and her involvement in several large-scale public health crises both at home and internationally, to her role as an associate professor at the University of British Columbia's Faculty of Medicine and her tackling of  this province's opioid overdose crisis.

"That Dr. Henry has become one of the most effective public health officials in the world should come as no surprise," it said.

In celebration of these achievements and her Icon Award win, Henry will sit down for an interview with Lesly Tayles, Senior Vice President, BC & Yukon Region at Scotiabank. Access to that interview will be available as an add-on for ticket holders to the annual YWCA Women of Distinction Awards. The gala is set to take place virtually on Sept. 23.