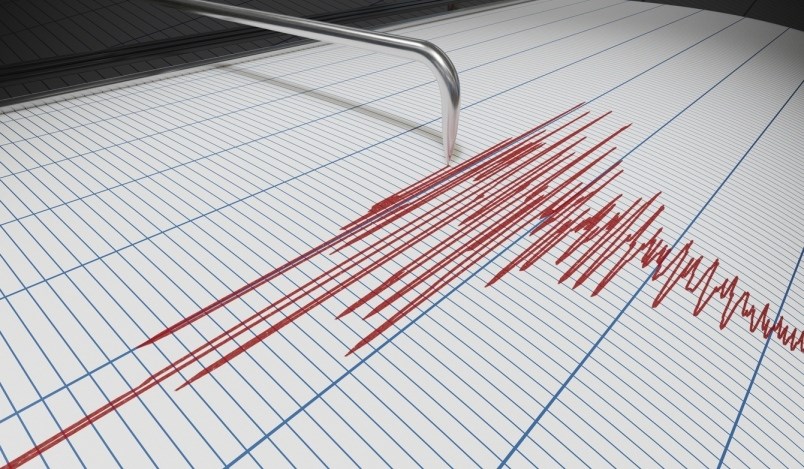 An earthquake measuring magnitute 4.0 and centered in the Ucluelet region was felt as far away as the lower mainland Friday. V.I.A. file photo

An earthquake measuring magnitute 4.4 and centered in the Ucluelet region was felt as far away as the lower mainland Friday.

Natural Resources Canada initially reported the quake as a 4.0, however they since upgraded it to a 4.4. They have now launched an event webpage for the temblor.

"Lightly felt around Vancouver Island. There are no reports of damage, and none would be expected. No tsunami expected," adds Natural Resources Canada.

The USGS, however, had a preliminary magnitute of 4.5 for the quake, but are now calling it a 4.8. They place the epicentre at 47 km SE of Ucluelet. 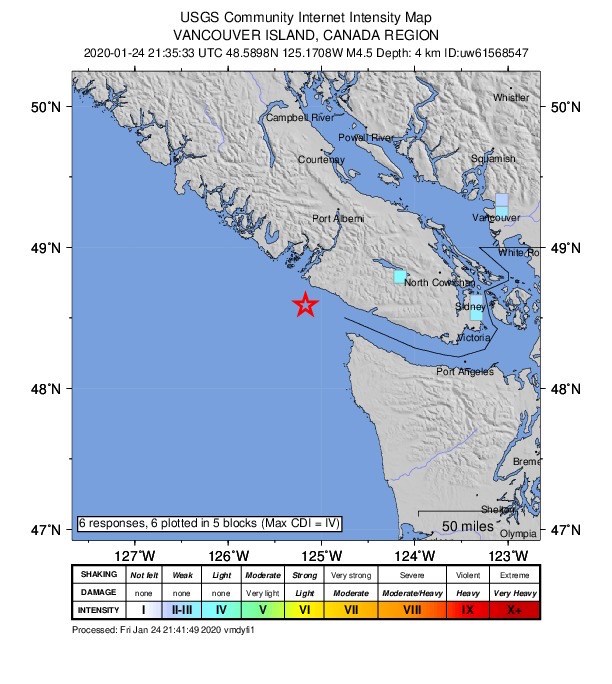 Vancouverites reported feeling the quake. In South Delta, the quake was felt like a short jolt followed by a brief shudder. People are reporting having felt it in places such as Richmond, Coquitlam, and Ladner, as well as downtown Vancouver. Did you feel it?

Here are some reactions to the quake from across the region:

Pretty sure I felt that here in Vancouver.

I’m in Vancouver and also felt it. My monitors actually shook

am in Richmond and even reported it to others while online - on Lulu Island we felt it.

Felt it in Coquitlam. 4th floor of wood frame building. Shook my toilet and rattled the shower glass door.

Felt it in Coquitlam. 4th floor of wood frame building. Shook my toilet and rattled the shower glass door.

Felt it pretty good in Ladner. Moved my tv slightly. Rocked for about 2 seconds.

Health Minister announces parking now free at B.C. hospitals
Mar 30, 2020 2:54 PM
Comments
We welcome your feedback and encourage you to share your thoughts on this story. We ask that you be respectful of others and their points of view, refrain from personal attacks and stay on topic. To learn about our commenting policies and how we moderate, please read our Community Guidelines.