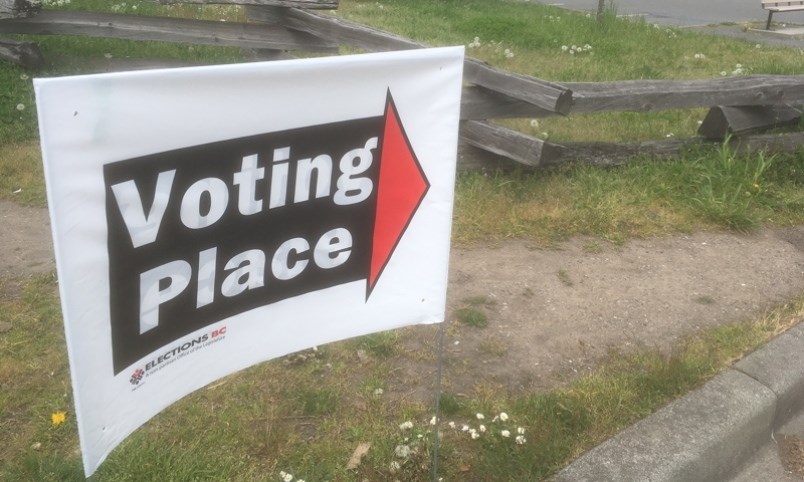 Elections BC has been scouring Victoria for office space and the world for best practices in case a provincial election is called during the pandemic.

While a provincial election is scheduled for Oct. 16, 2021, the organization that administers elections in B.C. is getting its ducks in a row in case an early vote is called.

“Part of our role and mandate is to be ready to administer an election when required,” said Andrew Watson, communications director for Elections BC. “Recently there has been speculation that an early election may be held, either this fall or earlier than scheduled next year. As a result, we’re taking steps now to make sure we’re ready to administer an early election if necessary.

“These steps include identifying rentable space for voting places and district electoral offices.”

The speculation over an early election has been buoyed by the popularity of Premier John Horgan and the work the minority NDP government has done through the pandemic. That has given rise to the suggestion an early election could result in an NDP majority government.

At this point, however, Elections BC is just being prudent. In addition to finding rentable space, it is also sourcing personal protective equipment for election officials and setting aside a large number of vote-by-mail packages.

The organization is also working with the provincial health officer to establish a plan, should a vote be called during the pandemic, to ensure voters are not having to choose between exercising their rights and safeguarding their health.

Watson said Elections BC has been working with other provinces and Elections Canada to establish best practices. They have all been taking notes from other jurisdictions around the world including South Korea, which held state-level elections, and the U.S., which held several primary elections earlier this year.

Watson said they’ve taken note of the need for protective equipment and plenty of space for social distancing. Potential challenges include not having enough poll workers and the possibility of voters waiting in long lines in inclement weather.

Watson said they intend to have more opportunities to vote in-person before election day, more remote voting options like mail-in ballots, and safe environments for polling stations that will include sanitizing equipment, guidance and signage and occupancy limits to ensure physical distancing.

“In terms of voting patterns, one thing we’ve seen in other jurisdictions is an increased use of vote-by-mail during the pandemic,” said Watson. “More voters casting their ballot by mail is something we’re planning for here.”

Elections BC anticipates between 35-40 per cent of all ballots will be mailed in the next provincial election. Typically, only one to two per cent of the votes are cast that way.

“Mail-in voting is a proven process that has been used successfully in provincial elections and referenda for many years,” he said, with a nod to recent referenda in B.C. in 2002, 2011, and 2018. “Processes are in place to ensure that only eligible voters vote by mail and that they only vote once.

“We have found no evidence of fraud in mail-based voting but we will follow up on any complaints we receive.”

All voters in a provincial election can request a vote-by-mail package from Elections BC.