‘We are not immune.’ Forest fire risk is real even in a coastal temperate rainforest

Summers are getting hotter and dryer in all regions of British Columbia. The coastal fires of 2015 were a wake-up call; this summer's wet conditions shouldn't lull people into a false sense of security.
Aug 26, 2020 11:35 PM By: Martha Perkins 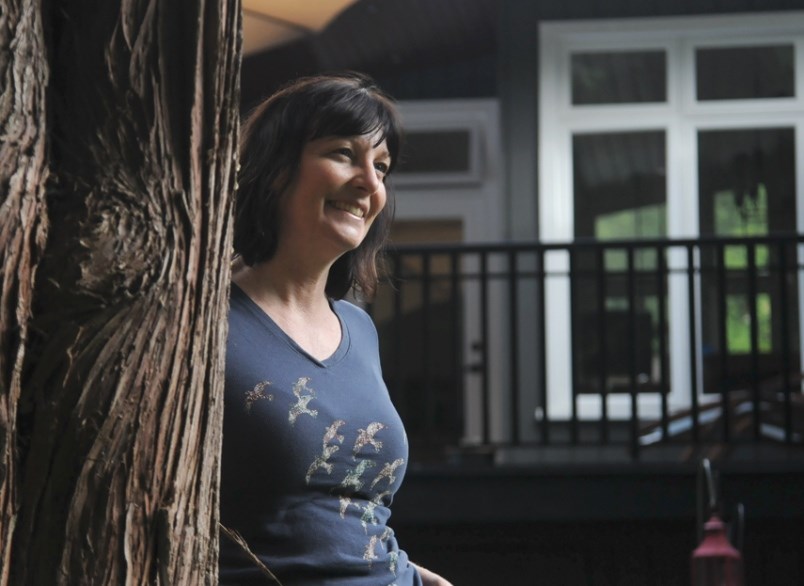 What a difference a cloud can make.

On a grey, wet day, Lori Daniels can stand outside her North Vancouver house, look out at the nearby mountains and marvel at their beauty.

On a hot, sunny day — especially if it comes in the midst of a string of hot, sunny days — she looks at those mountains with wariness. What would happen if the campfire that some young people started over the weekend wasn’t fully extinguished? What if smouldering coals cause a tree to ignite and the wind picks up a burning ember, dropping it on the roof of her house?

As a professor of forest ecology and fire ecology at the University of British Columbia, those aren’t esoteric questions for Daniels. She knows the science and, as a person living near a forest, she knows that she can’t soothe her anxieties by saying “This will never happen to me.”

“I’m sitting in my backyard now,” she says during a telephone interview on an overcast afternoon. “I’ve just come out of Hunter Park which, after the rain, was quite moist so the fire danger is low. But if you had talked to me three days ago, in the middle of our little hot, dry spell, the fire danger was absolutely much higher, even here in our coastal temperate rainforest.

“We like to think that there’s not much fire danger here but, in truth, we know that in the summertime we live in a dry, hot climate. Although this year has been a little bit cooler and wet, if we look over the last five years we’ve had some of the biggest fire seasons in coastal regions in the last century. ... We are not immune.”

Daniels is grateful for the leadership role that the District of North Vancouver is playing with its FireSmart program, as well as its implementation of FireSmart protocols in its building and renovation codes. She says the district is showing leadership by being proactive.

However, much of the responsibility for keeping homes safe — as well as protecting the lives of firefighters — falls on individual homeowners.

Her family has already done a lot to mitigate the risk of their house catching on fire and while she understands why others might be tempted to procrastinate, she wants to amplify the district’s message: the risk is real.

Human nature is often reactive. When our roof leaks during a rainstorm, we remember to get it fixed. When the number of coronavirus cases climb, we remember to wear a face mask. When we see smoke, we remember that we were supposed to remove all those dead branches from our roof.

You can still hope for the best but it’s better to also plan for the worst.

“FireSmart doesn’t guarantee that your home is never going to experience a fire but it sure gives you a better chance of having your house survive that fire. And, perhaps more importantly, it creates a safe space if wildland firefighters have to go into your yard and defend your home,” Daniels says. “One, you have a better chance that they’ll save your house and, two, you’re not putting their life at risk.”

South of the border and in regions where forest fires have become a more constant threat, home insurance costs have been known to triple. Sometimes you can’t even get insurance if you live or build in a fire-prone area. Future fires on the North Shore could create similar pressures here. It’s therefore financially more prudent to invest in some FireSmart initiatives now — it can be as simple as cutting back branches and being vigilant about clearing debris — than risk higher insurance premiums later.

Daniels says we are seeing the impact of climate change.

“Our hot, dry summers do put us at risk,” she says. “From a fire ecology and fire management perspective, [the coastal fires of] 2015 was like turning on the light switch for all of us. Then, in 2017 there was an early fire season. We broke 85 high temperature records in one summer whether we were on Vancouver Island, the southern Interior, the northern Interior or on the Coast. We had extreme weather conditions that exceeded anything in the instrumental records for more than 100 years.

“And that’s part of a pattern. When we look over the long term, temperatures are creeping up in the winter and summer routinely has greater droughts. This year and last year were wetter as part of our natural variation from year to year, but the overarching trend is still towards hotter and drier.”

(Click here for Daniels' explanation of why summer fires and smoke-filled skies are becoming the new normal in B.C.)

“I don't think we would have talked about this in 2010,” Daniels says. “Now we know it's something that we need to be aware of and it's simply a shift in the way that we're understanding, experiencing and responding to wildfire.”

So, in these waning days of summer, when the hot is not too hot to work outdoors, and the cold is not too cold to let everyone forget forest fires are a risk even on the North Shore, Daniels encourages everyone to practise a little preventative yardwork. Clean your roof, prune those trees and start imagining what might happen if a burning ember was to waft onto your property.