Garibaldi never set foot in B.C.. Why is a park still named after him?

It’s the 100th anniversary of the Garibaldi Park Reserve. The Squamish Nation know the mountain as Nch’ḵay̓, a place of refuge during the Great Flood.
Aug 16, 2020 3:24 PM By: Martha Perkins 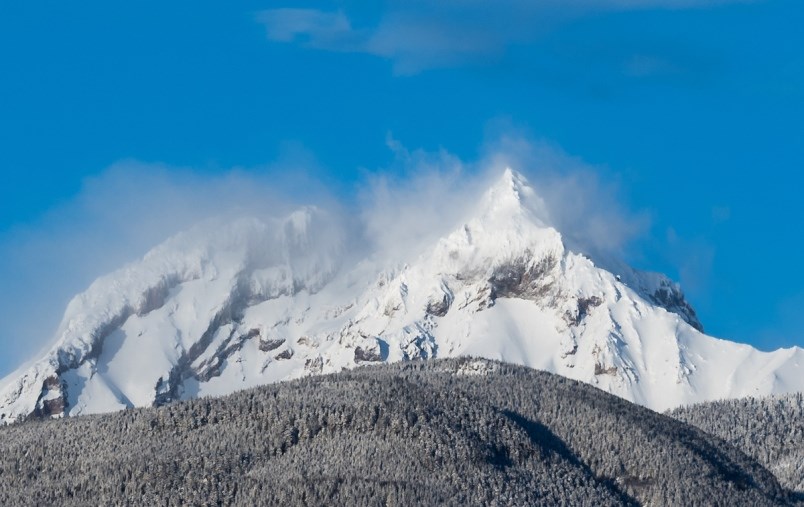 During the Great Flood, Squamish peoples tied their canoes to the top of Nch’ḵay̓ for safety. In 1860, a British captain named the mountain Garibaldi after an Italian “freedom fighter.” Photo by Brian Aikens

He had blessed the Skwxwú7mesh with an abundance of natural resources and beauty, and yet they were forgetting the teachings of their medicine people and spiritual leaders.

Despite repeated warnings, the people now known as Squamish Nation continued to disrespect the land and each other.

And so the Great Flood came.

Seeking escape, the Skwxwú7mesh loaded their families and supplies into canoes. Many perished as the land beneath them was swallowed up by water. Those who survived were able to tie their canoes to the top of Nch’ḵay̓, the tallest mountain in their territory, until the waters receded. Chastened, the Skwxwú7mesh returned to their settlements with a newfound commitment to follow the Creator’s ways. They would be wise stewards of the land.

Fast forward thousands of years to 1860. The British Navy sent a survey team to the coast that, seven decades earlier, Captain George Vancouver had meticulously mapped out. The captain of the survey ship was George Henry Richards. As he sailed up the Howe Sound, he couldn’t help but be impressed by the snow-capped volcanic peak of the highest mountain in the Coastal Mountain range.

For reasons lost in the mists of time, Cpt. Richards was also deeply impressed by the recent exploits of an Italian “freedom fighter” named Giuseppe Garibaldi. According to Encyclopedia Britannica, Garibaldi was “a republican who, through his conquest of Sicily and Naples with his guerrilla Redshirts, contributed to the achievement of Italian unification under the royal House of Savoy.”

Firing his ship’s guns, Cpt. Richards christened the mountain in honour of a man who had never done anything even remotely connected to this land.

The mountain and its bountiful valleys had long been popular with trappers and prospectors. Mountaineers saw it as their Mount Everest. The first recorded ascent was achieved in 1907 by a group of six men who were instrumental in founding the British Columbia Mountaineering Club that same year.

“In 1913, W. Gray and P. Long went in ahead of the camp to blaze a trail for pack horses,” writes Kate Bell in her detailed 1984 paper called the Cultural History Themes of Garibaldi Provincial Park, Black Tusk and Diamond Head. “Now that access into the meadows [above Stony Creek at elevation of more than 3,000 feet] was much improved with a pack horse route, the climbers sought ways to cross Garibaldi Lake, although boating did not originally start out as recreational pursuit but rather a fast and convenient means of getting to Sentinel Bay.”

The Alpine Club of Canada soon added its voice to calls to protect such “great natural beauty” for the growing populations of Vancouver and Victoria.

In 1917, it wrote to Premier H.C. Brewster: “Areas such as this, where the beauties of British Columbia mountain scenery are so exceptionally well displayed, when made easily accessible and properly advertised, become a useful asset and draw many visitors from various parts of the world, thereby providing considerable revenue through the monies spent visiting them.”

Besides, the letter adds, “it may be said that, owing to its high altitude and mountainous character, it is not likely that there are at present outside individual interests that would be affected by the creation of such a scenic reserve.”

The province created the Garibaldi Park Reserve in April 1920. Seven years later it enhanced the status to the 195,000-hectare provincial park that, as the Alpine Club predicted, attracts thousands of outdoor enthusiasts and Instagram adventure seekers to one of the most photographed places in British Columbia.

Today, on the 100th anniversary of the park reserve’s creation, a pandemic has tossed life upside down for people around the world. It’s coinciding with a time of cultural upheaval. The Black Lives Matter and Idle No More movements have sparked soulful conversations about the need for a more inclusive retelling of our national narratives.

So, is it time to change the name of Mt. Garibaldi to the culturally and historically more appropriate Nch’ḵay̓?

(Listen to the Squamish pronunciation of Nch’ḵay̓ here. This video explains how to say Skwxwú7mesh.)

When you restore Indigenous names, it creates an opportunity for the Squamish people to start telling their stories, says Chris Lewis (Syeta'xtn), a councillor and spokesperson for Squamish Nation.

Noting how road signs along the Sea to Sky corridor now include Indigenous names, he says that by exposing people to how the land was first called, you prompt people to start asking questions. Those questions lead to deeper understandings of First Nations peoples both past and present.

“Everything we do as Skwxwú7mesh is based in place,” Lewis says. “Our ancestral names come from a place, our songs, our spiritual aspects. They tell people what has occurred here or what the place was used for.”

Nch’ḵay̓ mountain gets its name from the river that flows along it. At first blush, its meaning seems incongruous for a mountain of such significance: dirty place or grimy place.

“If you go to the main streams that flow off of the mountain, they are just choked with volcanic debris — fine mud,” explains retired geologist Bob Turner. “You can’t drink that water and it’s because the volcanic rock that makes up the mountain are weak and unstable.

“Even in the summer when the winds blow, you can get those dust storms that pick up the volcanic dust from the upper mountain slopes. The name Nch’ḵay̓ is just so appropriate.”

That volcanic rock was also a main source of trade for the Squamish people. Obsidian is a naturally occurring volcanic glass found where molten materials flowed down like a river from the peak. When fractured, obsidian has hard, sharp edges that can be turned into coveted tools.

“When you have a resource like that it creates wealth and knowledge,” Lewis says of obsidian’s early value. “Through new archeological technology that finds the DNA of the obsidian artifacts, we can trace obsidian from Nch’ḵay̓ far into the Interior of British Columbia and all down the coast to Portland.”

Nch’ḵay̓ also looms large in Squamish culture as a place of spiritual training. “Our people would go up into the alpine and sub-alpine terrain and isolate themselves as they tried to figure out who they would want to become,” he says.

Lewis notes that in a modern-day context, the Squamish Nation’s economic development corporation is called Nch’ḵay̓. “It represents the highest mountain in our homelands so that we strive for that greatness and specialness. But it also reminds us that, dating back to the story of the great flood, that we always have to stick to our cultural ways and our teachings because when we stray from that, that’s when bad things happen.

“It reminds us of our connection to the natural and spiritual world and how we should conduct ourselves as Skwxwú7mesh people in everyday life and on the land.”

While the Squamish Nation has not made a formal request to the province to change the name, Lewis says they appreciate that there’s now a growing social and political licence to restart the conversation.

Just as nearly every culture has its great flood story, Lewis believes there’s value in having the name Nch’ḵay̓ serve as a cautionary tale for everyone: beware of treating the natural world unwisely.

“Our story of Nch’ḵay̓ is about losing our way,” he says. “We weren’t listening to our elders and our teachings. As a result, the Creator brought the waters as a reminder of the gifts that were given to us by the Creator.”