VICTORIA — British Columbia's Green party will have a slightly larger presence in the provincial legislature, expanding its caucus to three seats in Saturday's election.
Oct 25, 2020 12:44 AM By: Canadian Press 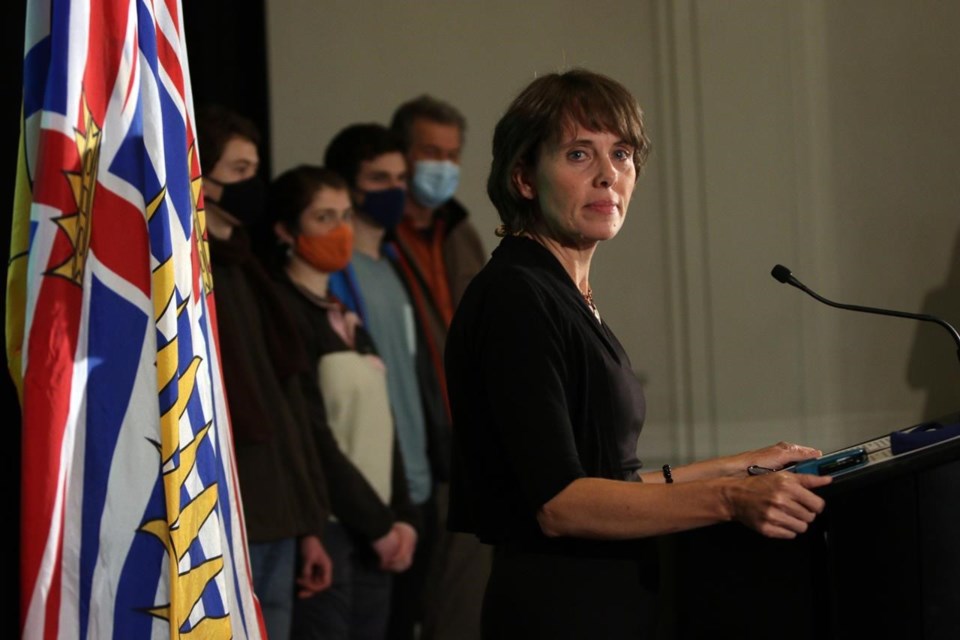 VICTORIA — British Columbia's Green party will have a slightly larger presence in the provincial legislature, expanding its caucus to three seats in Saturday's election.

Furstenau won re-election in her riding of Cowichan Valley, as did Adam Olsen in his riding of Saanich North and the Islands. They will be joined in the legislature by environmental engineer Jeremy Valeriote, who defeated incumbent Liberal Jordan Sturdy in West Vancouver-Sea to Sky.

"This is going to be a difficult winter," said Furstenau at a news conference. "We will do everything we can to hold the government accountable."

She said the NDP engineered the election to get a majority government and attempted to wipe out their opponents, especially the Greens.

"Thank you for your votes," said Furstenau, who was elected party leader just one week before NDP Leader John Horgan called the snap election. "We will not let you down."

She said the early election call taxed party resources to the limit and the Greens were only able to field 74 candidates to contest the 87 seats in the legislature.

Furstenau said the election during a pandemic was unnecessary and irresponsible and she accused Horgan of political opportunism.

She succeeded former Green leader Andrew Weaver, who left the party earlier this year to sit as an Independent. Weaver endorsed the NDP during the election.

After the 2017 election, the Greens reached an agreement to support a minority NDP government.

Furstenau said she told Horgan in the days before the election call that the agreement with the Greens was solid and the NDP could continue to govern. A fixed election date was set for October 2021.

The Greens promised to make early childhood education part of the education system and ensure long-term care would benefit the elderly, she said.

Furstenau also criticized both the Liberals and the NDP for their policies that provide tax breaks to oil and gas companies.

In the final days of the campaign, Furstenau said minority governments provide more balance in the legislature and she urged people to vote with their hearts.

This report by The Canadian Press was first published Oct. 24, 2020.