The magic moon has inspired a rather dreamy, beautiful song by Canadian icon Neil Young, too.
Oct 1, 2020 10:30 AM By: Elana Shepert 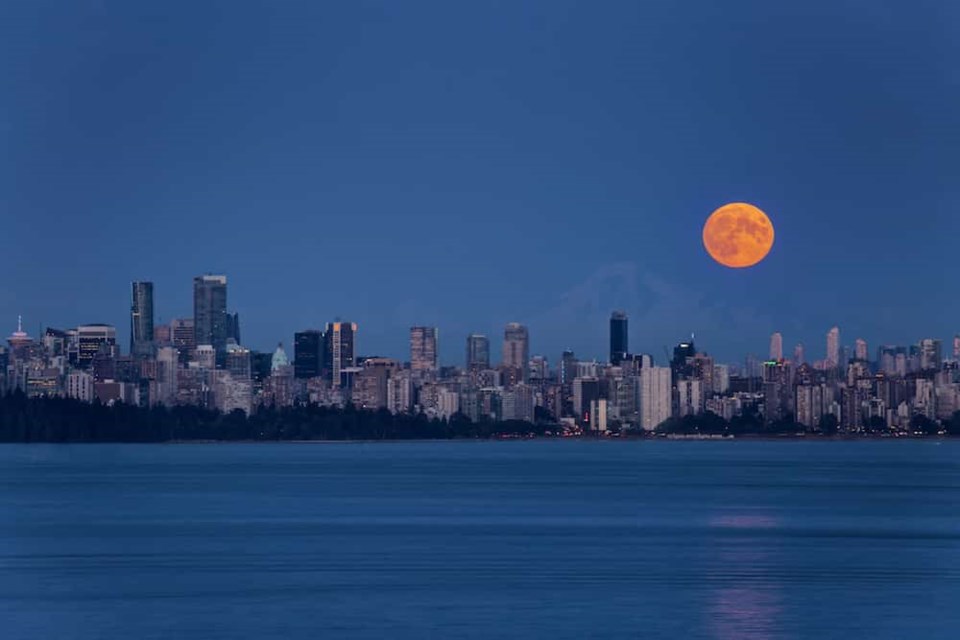 A glorious full Harvest moon is set to illuminate Vancouver skies tonight, but a clear view will depend on the air quality due to wildfire smoke from south of the border.

Last month, locals were treated to a full corn moon. Last year, September's full moon was a full 'harvest moon,' which takes place in two years out of three. However, since October's full moon falls closest to the fall equinox this year, it will carry the harvest title.

According to the Old Farmer's Almanac, "this full Moon name is attributed to Native Americans because it marked the time when corn was supposed to be harvested."

The Harvest Moon gets was given its name because farmers needed its silvery light to harvest crops. It has since inspired a rather dreamy, beautiful song by Canadian icon Neil Young, too.

The Old Farmer's Almanac also notes that Native peoples would give distinctive names to each reoccurring full moon to mark the change of seasons. As such, many of these names arose when Native Americans first interacted with colonialists.

The October moon will be at its fullest in Vancouver on Thursday, Oct. 1 at 2:05 p.m.