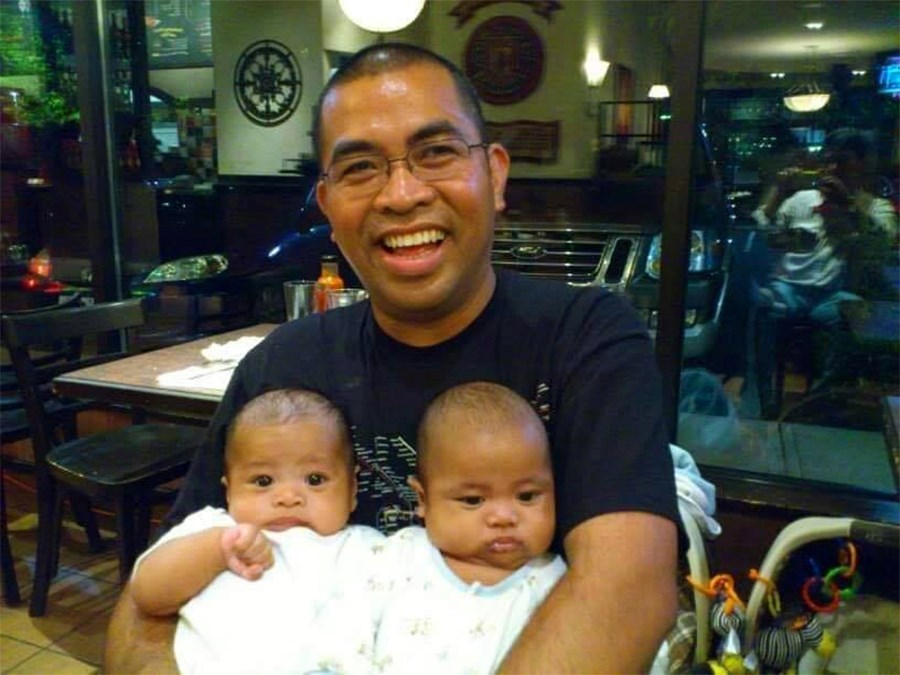 Drowning victim Arnulf Salazar (53) with two of his sonsSUPPLIED

A GoFundMe campaign has been started by the family of a 53-year-old man named Arnulf Salazar who drowned in Chehalis Lake over the weekend.

According to one of the man's sons, their family was enjoying a picnic at the lake when his father spotted his brother - who has nonverbal autism - drowning in the lake.

The father rushed out to save his child, and after reaching him ended up getting into trouble in the water himself.

A man named Nick McCleary was packing up camp to go home when he heard the family calling for help, so he started swimming out to the two.

As McCleary tells Glacier Media in an email, he didn't think twice about jumping in, noting "I just hope someone would do the same thing if my son was in trouble like that."

He explains that "When I got to the man and boy, the man passed me the boy... I told him that I had him, I’ve got him."

He says that he looked back twice while he was swimming the boy to shore, and it "looked like [Salazar] was wading in the water, so I thought he’d be ok. But after I got to shore I looked back and I didn’t see him anymore."

After bringing the boy to shore he was so out of breath that he was certain he would drown if he went back out to attempt to save Salazar as well.

A group of campers then teamed up and ultimately dove down and retrieved Salazar, and his family performed chest compressions on him until first responders arrived, roughly an hour later.

Arnulf Salazar is survived by his wife and four children, two of which have autism.

All monies raised in the campaign will be put toward the family's expenses as they endure this loss.