Horgan likes idea of NHL playoffs in Vancouver, but won't bend the rules

VICTORIA — British Columbia has entered the longest period in a state of emergency in its history and there's no end in sight, says Premier John Horgan.
May 27, 2020 4:54 PM By: Canadian Press 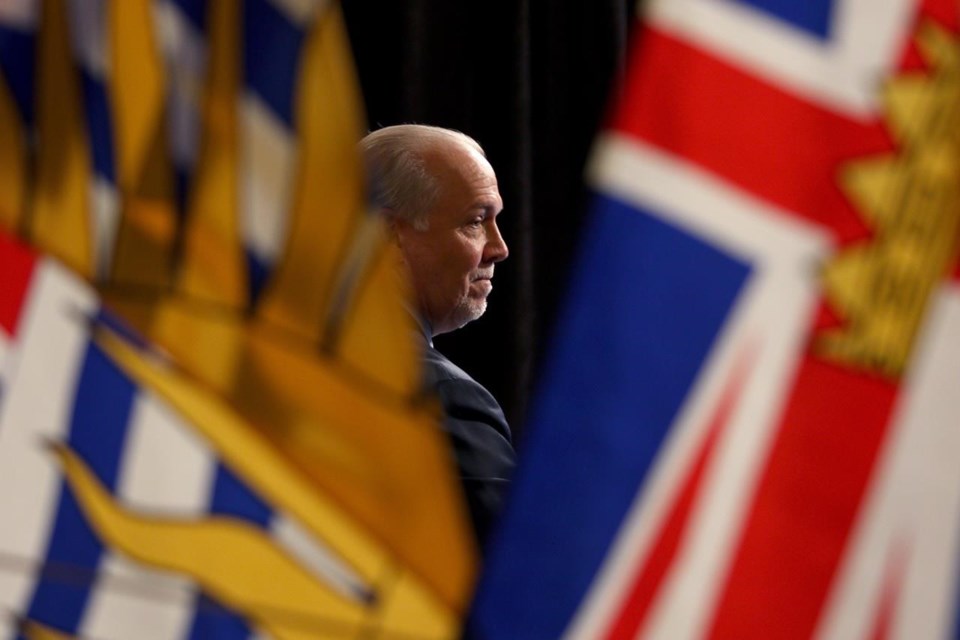 VICTORIA — British Columbia has entered the longest period in a state of emergency in its history and there's no end in sight, says Premier John Horgan.

He said people are perservering to keep their friends, families and communities safe.

B.C. reported nine new positive cases of COVID-19 on Wednesday for a total of 2,550.

The province also reported one more person has died, bringing the death toll to 162 people, while 2,144 people who tested positive have recovered.

"As we turn the dial up and increase our social and economic activity it's important to make sure that we don't lose sight of the objectives that we as a province collectively embarked upon some two months ago," said Horgan.

B.C. first declared a public state of emergency on March 18 and the extension will run until June 9.

"You will remember back to 2017, the horrific fire season that year led to 10 weeks of emergency status, and we are now exceeding that with, I have to say, no likely end in sight," said Horgan.

In a wide-ranging news conference, the premier also said he is pleased Vancouver remains in the running as a potential hub city to complete the National Hockey League season, but stressed the province is not prepared to bend rules on the 14-day self-isolation required for players and team officials.

"We will not waive the rules, actually the rules of Canada, which require a 14-day isolation period when you're coming into the country," Horgan said. "I'm not going to ask for those rules to be bent today on the prospect of games potentially being played eight weeks from now."

Horgan did not want to rule out the NHL coming to Vancouver, saying "two weeks from now, four weeks from now, it could be a completely different story. Today, there's a 14-day self-isolation period in place and I expect we'll see that for the foreseeable future."

The B.C. legislature will be recalled on June 22 in what Horgan said is a necessary exercise in democracy that will see politicians participating in debates and votes from inside and outside of the legislature.

This report by The Canadian Press was first published on May 27, 2020.