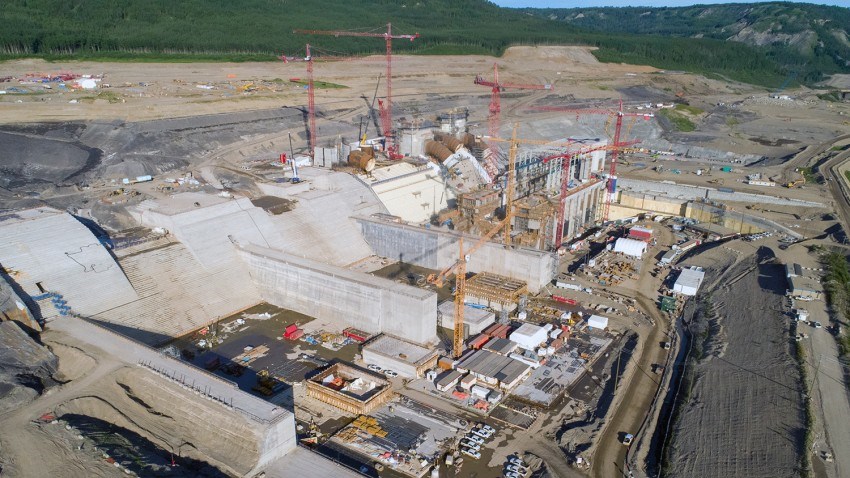 At a press briefing Thursday, Horgan was asked about the status of the Site C dam project and a review that his government had asked for.

The Peter Milburn report on Site C dam project has already been submitted to the government.

But Horgan said Thursday his government is also now waiting for reports from two international experts the government has called on to review BC Hydro's proposed fix for new geotechnical issues that have arisen.

"We're still reviewing information and, most importantly, what's outstanding at this point is two safety reports," Horgan said. "When we have those and they have been assessed and digested, that will all be made public."

The $10.7 billion project is facing delays and cost overruns, partly due to pandemic restrictions on work sites and partly due to geotechnical challenges that came to light several months ago.

Horgan asked former B.C. bureaucrat Peter Milburn to review the project to determine whether it should continue or be cancelled. About $6 billion has already been spent on the project.

Geotechnical challenges that have arisen could add significant costs to the project. It could also pose some new safety hazards.

The Horgan government is therefore seeking the advise of outside "international experts" to addres safety concerns.

"Mr. Milburn did not have the capacity to address the safety challenges that could emerge as the result of geotechnical issues that have arisen since we formed government in 2017," Horgan said.

"This isn't to say that Milburn's report isn't comprehensive, but it is also appropriate that we make sure that ...the fix that is being proposed to the geotechnical challenge is going to be safe. Out of an abundance of caution, we are asking for a second and a third opinion on that."

Meanwhile, the Prince George Citizen reports two massive turbine components have been moving out of Prince George destined for Site C dam. Vancouver Sun political columnist Vaughn Palmer suggested to Horgan that that means it is "unlikely" the project will be cancelled.

The longer the government waits to make a decision on the dam’s fate, the more it will cost to cancel it.

Horgan pointed to the Kemano completion project -- whcih actually wasn't completed and which also had turbines moved to site before being cancelled -- as evidence that cancellation is not necessarily ruled out.

"To stop preparing to complete is not the direction that's been given," Horgan said. "So it's appropriate, I think, that those that are working on the facility continue to do that until such time as we don't."