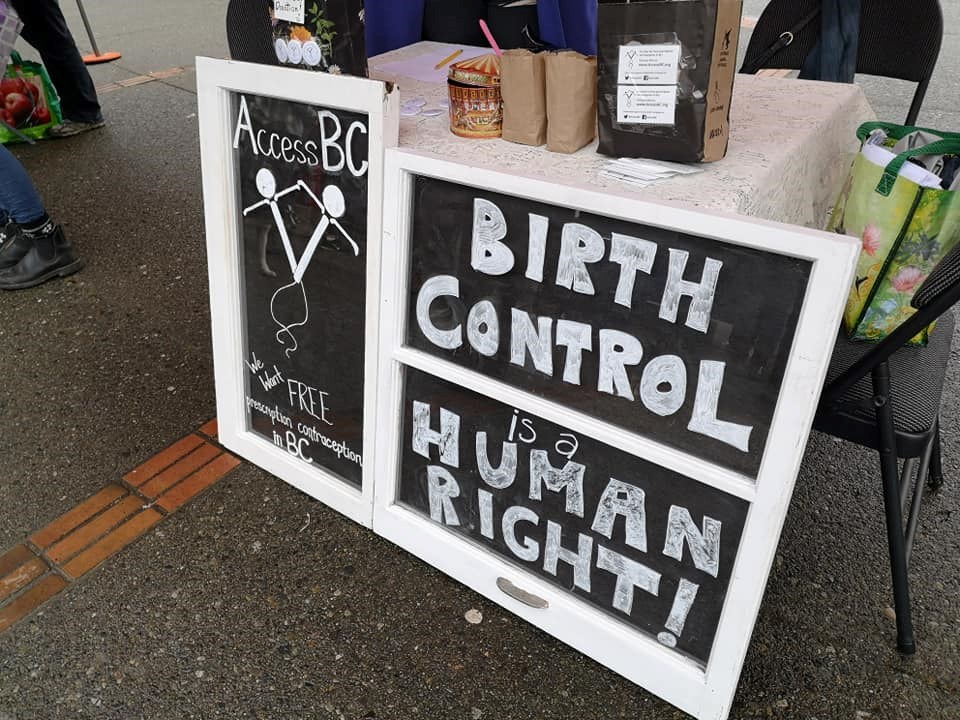 AcessBC has been campaigning for free prescription contraception since 2017. AcessBC/Facebook

A B.C. advocacy group is calling on the government to include a plan for free contraception in this year’s provincial budget.

AccessBC is campaigning for universal no-cost prescription contraception in British Columbia to promote equality in healthcare and reproductive health, a cause it's called for each year since 2017.

The theme of this year’s International Women’s Day (March 8) is #ChooseToChallenge, which AccessBC supports through its campaign to challenge gender bias and inequality through advocacy for the right to accessible contraception.

“It’s long past time for contraception to be free for everyone,” says Co-founder Devon Black in a news release.

“We know that the costs of contraception fall disproportionately on people who can become pregnant - and so do the costs when contraception is inaccessible. The evidence could not be clearer that contraception access increases gender equality and improves health outcomes.”

Currently, an intrauterine device (IUD) can cost $75 to $380, oral contraceptive pills can cost $20 per month and hormone injections as much as $180 per year.

AccessBC claims these costs are a significant barrier in accessing contraception for many B.C. residents, and make it much harder to freely make reproductive choices.

“The pandemic has caused sweeping layoffs and cuts to hours, and as a result has squeezed personal budgets tighter than before,” says Dr. Ruth Habte, AccessBC committee member and UBC Obstetrics and Gynaecology resident physician, in the same statement.

“While multiple factors prevent people from accessing contraception, the impact of cost cannot be overstated. Including access to universal no-cost contraception in the budget would be a step in the right direction, and would help the most vulnerable in our society in accessing these vital medicines.”

AccessBC is calling on those in the Victoria legislature to include universal no-cost prescription contraception in the 2021 budget and to ensure that as many forms of contraception as possible are covered.

It's also calling on the government to ensure that all community clinics, hospitals and health care sites are supported to carry a full complement of contraception to ensure that choice is available based on the needs and personal preferences of an individual.

“Barriers to prescription contraception disproportionately impact members of our communities who are made vulnerable by structural inequities, including folks living in poverty, those who are unhoused, women, trans, non-binary, and gender non-conforming people, migrants, and newcomers,” says Kelowna resident Emily Wiesenthal, AccessBC committee member and medical student.

“While there are many things that make accessing contraception difficult, removing the financial limitations is a critical first step.”

“Being able to decide when and if to become pregnant isn’t a decision that should be compromised just because someone can’t afford a prescription. On this International Women’s Day, we #ChooseToChallenge this inequality in our healthcare system, and to fight for a healthcare system that protects everyone in BC equally.”

For more information on AccessBC, you can visit the group's website.