“Knowing what a difference it made for me, I thought that other Canadians should have the right to do this as well.”
Sep 27, 2020 1:55 PM By: Roxanne Egan-Elliott 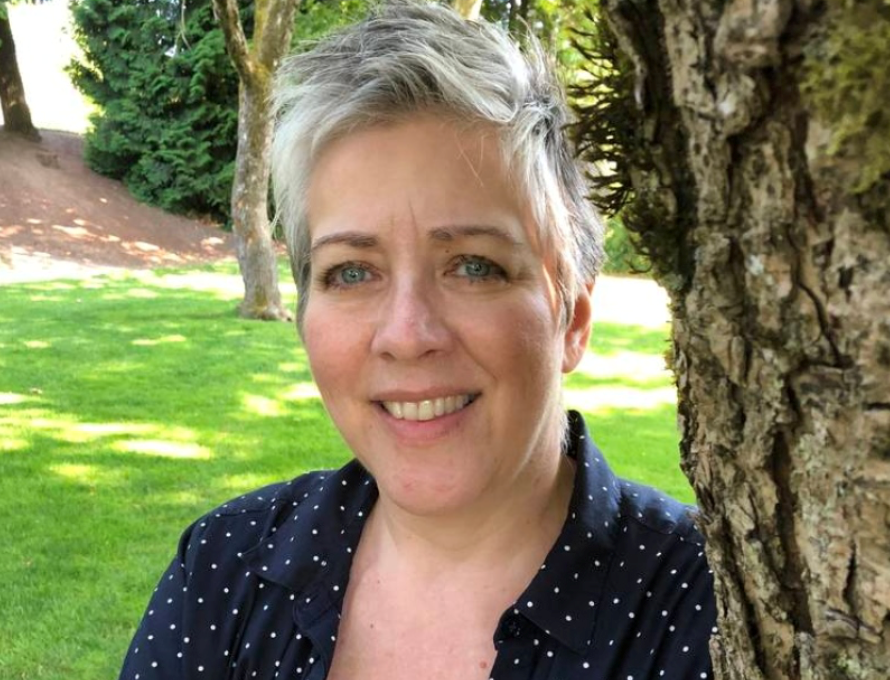 Laurie Brooks used psilocybin mushrooms as therapeutic treatment to help her deal with her anxieties around her second cancer diagnosis and said it helped her worry less and enjoy life more as she underwent chemotherapy. The federal Green Party is supporting the work of Victoria-based TheraPsil, which advocates for patients to be able to legally use psilocybin, as well as therapists and health care providers so they can help patients through the treatment.

When Laurie Brooks received her second cancer diagnosis last year, she turned to psychedelic mushrooms to help her handle the anxiety of facing what might have been the end of her life.

The first time she battled cancer, she only had the energy to deal with the physical challenges. The second time, faced with chemotherapy that would shrink the tumour if she was lucky and surgery to remove it, she needed something to help her handle the distress of ­wondering if she would live through the difficult treatment.

A friend and therapist pointed her to psilocybin mushrooms, commonly known as magic mushrooms, as a way to treat her anxiety and fears.

“It really just changed ­everything for me,” Brooks said from her home in Abbotsford.

The 53-year-old mother of four is one of four Canadians who were granted permission to legally use magic mushrooms by the federal government in August. Psilocybin mushrooms have been illegal in Canada since 1974.

After word got out that the first patients were allowed to legally use psilocybin to treat end of life anxiety, interest in the psychedelic-assisted ­psychotherapy ballooned, said Spencer Hawkswell, CEO of TheraPsil, a Victoria-based non-profit that advocates for legal access to psilocybin for medical purposes.

Another two patients have been granted permission, and more are working on applications for medical exemptions from the Canadian Drugs and Substances Act, which prohibits use of the mushrooms.

But the number of people who can access psilocybin legally is limited not just by having to apply for an exemption, but by the number of therapists and health-care providers who feel qualified to assist patients with the psychotherapy.

About 17 health care providers, including therapists, doctors, nurses, clinical counsellors, psychiatrists and social workers, have submitted applications to get permission to use psilocybin in training, he said, and more are interested.

The federal Green Party is putting their weight behind the cause. The three Green Party MPs, including the Island’s Elizabeth May and Paul Manly, penned a letter to Canada’s Minister of Health Patty Hajdu asking her to allow care providers to legally use psilocybin.

They also urged the minister to consider more permanent measures.

“The [Canadian Drugs and Substances Act] should be amended to allow access to psilocybin for therapeutic purposes to those facing the end of their lives, and to medical professionals for educational purposes,” states the letter, signed by May, who represents Saanich-Gulf Islands, Manly who represents Nanaimo-Ladysmith and Jenica Atwin, in Fredericton, N.B.

The therapist and other health-care providers involved in supporting a patient in psilocybin-assisted psychotherapy are crucial, as they work with the individual in several sessions before using the mushrooms, are present during the trip and debrief in sessions afterward, Hawkswell said. The whole process amounts to about 25 hours of therapeutic practice.

The therapist usually does the bulk of work with the patient, but anyone else present during the trip should also have an understanding of what the patient is experiencing, he said.

It’s possible for a therapist who has never used psilocybin or other psychedelics to work with a patient using the treatment, but Hawkswell likened it to hiring a lifeguard who’s never been in water.

“In the psychedelic community, it is generally accepted that the best therapists — those who are being able to provide the best results for their patients — are those who have used psilocybin themselves … mostly just to understand exactly what the patient’s going through,” he said.

Dr. Valorie Masuda, a palliative care physician based in Duncan, has applied for permission to legally use psilocybin as professional training. Masuda has seen firsthand the effects psilocybin can have on patients suffering from extreme distress while they try to come to terms with dying.

Masuda had a patient who was stuck in bed in unbearable physical pain and struggling with fear about the end of her life. “She would spend days weeping, and you couldn’t talk to her about death and dying,” Masuda said.

The patient was willing to try anything for relief, and she applied for permission to legally access psilocybin. She wept throughout her six-hour psychotherapy treatment with the substance, and Masuda worried it had failed.

But, the next day, the woman’s family said she seemed to be coping better with her pain. Even after stopping her medications, the woman was finally pain-free.

When Masuda saw her a few days after the treatment, the patient was transformed.

“She said ‘You know, I’m not afraid of dying anymore. I think it’s time,’ ” Masuda said. The patient had a “very peaceful and a very dignified” medically assisted death, she said.

“It was phenomenal, the effect,” Masuda said.

Masuda has never used magic mushrooms or psychedelics, but she wants permission to legally try psilocybin mushrooms, so she can help more patients quell fears and find peace before death. “To deny anybody access to that is, it’s a little bit ridiculous.”

The handful of patients who have used psilocybin so far did so with therapists and clinicians who already had personal experience with the psychedelic mushrooms. Brooks feels grateful that she happened to know someone who was comfortable with the practice, and now she too wants to see legal access expanded.

She remembers seeing her cancer in a box beside her on the floor during her trip, no longer consuming her thoughts and energy. She felt free and content. She said she still feels the effect nearly a year later.

“Knowing what a difference it made for me, I thought that other Canadians should have the right to do this as well,” she said.

The fight for a better terminal expansion at Roberts Bank is necessary to mitigate further environmental risks
Oct 28, 2020 9:00 AM