Premier, PM pleased about prospect of royals in B.C. 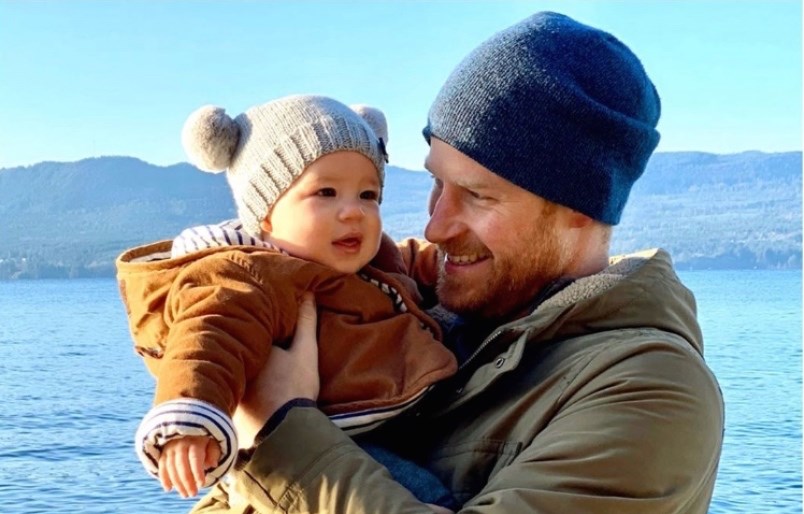 Prince Harry and Meghan, the Duchess of Sussex, have shared a new photo of their son Archie on Instagram. Photograph By THE DUKE AND DUCHESS OF SUSSEX VIA INSTAGRAM

B.C. Premier John Horgan says he and the prime minister talked enthusiastically about the prospect of Prince Harry and Meghan Markle moving to British Columbia after the Queen announced Monday her approval of their plan to live in both the U.K. and Canada.

“We’re both kind of giddy about this,” said Horgan. “And I think Canadians are pretty excited about that as well.”

The Queen granted her seal of approval to a plan that will see the Duke and Duchess of Sussex split their time between Canada and the U.K. during a “period of transition.”

“My family and I are entirely supportive of Harry and Meghan’s desire to create a new life as a young family,” the Queen said in a statement.

“Although we would have preferred them to remain full-time working members of the Royal Family, we respect and understand their wish to live a more independent life as a family while remaining a valued part of my family.”

Prime Minister Justin Trudeau and Horgan spoke about a variety of topics for an hour via video Monday, after the prime minister’s visit to Victoria was cancelled due to stormy weather.

Horgan said he took comfort in the response Harry, Meghan and their baby, Archie, received when they spent several weeks in the Victoria area over the holidays and were largely left alone.

“The fact that they felt comfortable here speaks to us as a society and I think that gives us a little bit of a reason to pat ourselves on the back that we’re good and kind people that don’t want to intrude on the privacy of famous people,” said Horgan.

“We’re excited when we see them but leave them be.”

The Duke and Duchess of Sussex spent the holidays at a beachfront villa on the Saanich Peninsula, where they were seen exploring the community.

“My spouse and I would see text snippets on the local news and it would be people [saying]: ‘I bumped into them on the [Horth Hill] trail and it was no big deal.’ It wasn’t a panic.”

Meghan reportedly left Archie here while she went with Prince Harry to Canada House in London and then returned to pick him up. That increased speculation about whether the couple would make their temporary home on the Island and brought an even greater wave of international attention to our shores.

Bruce Hallsor, spokesman for the Victoria branch of the Monarchist League of Canada, said news that the Sussexes will move part-time to Canada was not surprising.

“The previous statements had suggested there had been some consent in the Royal Family for this to happen,” said Hallsor, who has dined with both the Queen and Prince Charles.

“What has been our problem is that there’s no plan and there’s a lot of details to be worked out.”

It’s not known where Harry and Meghan will live in Canada.

The Prime Minister’s Office has refused to comment on the pending move, including any potential costs to Canadians.

Horgan said he hasn’t given thought to any taxpayer-related expense. The premier quipped that if the couple do decide to make B.C. their temporary residence, with the province’s film industry thriving, there would be work for Meghan, who was an actor before marrying Harry.

Hallsor said much will depend on what the couple plans to do to earn a living. “And they probably don’t know that yet.”

In the short term, he believes, they will return to Vancouver Island because they’ve established a bit of a base here.

“But I think in the long run, they really don’t know what their life is going to look like,” he said.

“Obviously, this would be a wonderful place for them to enjoy some privacy and to raise a family and have their kids in school. But it may be that one or the other of them finds employment that suits them which would take them somewhere else.”

- With additional reporting by Louise Dickson

More than four in five Canadians have a positive opinion of the United Kingdom: poll
Jan 9, 2020 7:33 AM

Prince Harry and Duchess Meghan to thank Canada for Christmas holiday
Jan 6, 2020 10:42 AM