“Systemic racism has existed within the institutions of Canada since colonialism, and that's 150-plus years worth of systemic racism that we need to address."
Jun 19, 2020 8:54 AM By: Jane Seyd 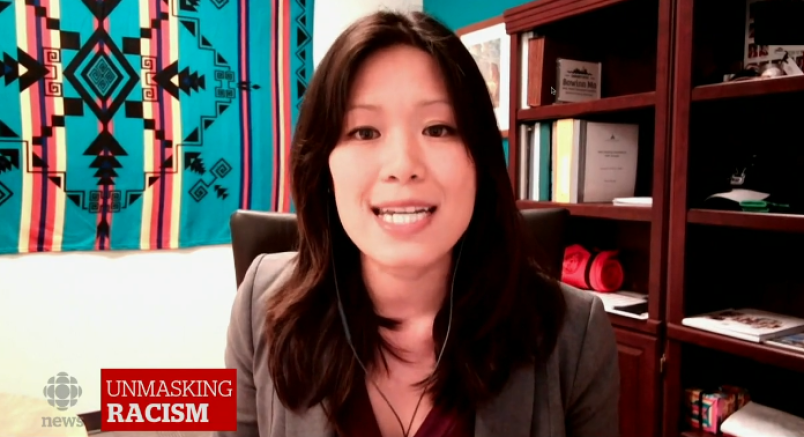 North Vancouver-Lonsdale MLA Bowinn Ma says the province has taken steps to address systemic racism but it needs to do more – in areas ranging from police oversight and criminal justice to children in care.

“Systemic racism has existed within the institutions of Canada since colonialism, and that's 150-plus years worth of systemic racism that we need to address,” said Ma.

That’s a lot of work, said Ma, acknowledging that change may not be happening as rapidly as it should be.

Among the changes the province has made is strengthening B.C.’s independent investigations office, which investigates cases of police-involved serious harm or death, said Ma. The province has also introduced new binding standards on police stops to forbid arbitrary stops or ones based on race, she said.

“I don’t know whether or not it’s enough,” she added.

Ma made her comments as one of several panellists who took part in a televised CBC forum on “Unmasking Racism” Wednesday evening.

With the rise of Black Lives Matter protests and marches, Ma said she acknowledged the conversations about defunding the police that are taking place across North America.

“So it brings up a lot of interesting and important questions for us here. For instance, what is the role of police institutions? What were they originally created for? What can we reimagine them to becoming?”

Ma said that often police are called to situations they aren’t adequately trained to take on – including the one-third of all police calls that involve mental health, distress or illness.

“Even if police received some training for situations like this, we have to question whether or not there are others who are better suited to help people in those situations. Are there different kinds of response services that are needed to handle calls that shouldn't require an armed police officer? Does a lethal weapon like a gun really need to be brought to a wellness check or to write somebody a ticket for speeding or failing to pay bus fare?” she asked.

One of the other panellists, Sgt. Valerie Spicer with the Vancouver Police Department's Diversity, Inclusion and Indigenous Relations section, said police are open to reviewing their practices and to listening to the concerns of Indigenous and Black communities.

But she added without the police, “there are certain situations which are quite dangerous. You have to wonder who would go to those situations … and make people safe.”

Ma also pointed to the government’s work in bringing back the Human Rights Commission and passing the Declaration of the Rights of Indigenous Peoples Act.

She also pointed to the issue of children and youth in government care as an issue of racism.

Expanding free tuition for former children in care has led to a massive increase in those youth going into post-secondary education, she said.

Prof. Annette Henry with the Faculty of Education and Social Justice Institute at the University of British Columbia said a lot of people don’t understand the idea of systemic racism.

People tend to think of racism in terms of overt acts, she said, but more often it is manifested as certain people being marginalized and not getting the same access as others.

People in the privileged group don’t always see that, she said. “We have a tacit acceptance of the way society works.”

“The assumption is certain people are inferior, people who don’t look like you. This whole country was founded on that.”