41% of B.C. workers ready to leave jobs amid pandemic: survey

While employees are ready to turn in their time cards for good, a majority of B.C. employers have a more positive outlook.
Oct 23, 2020 7:38 AM By: Tyler Orton 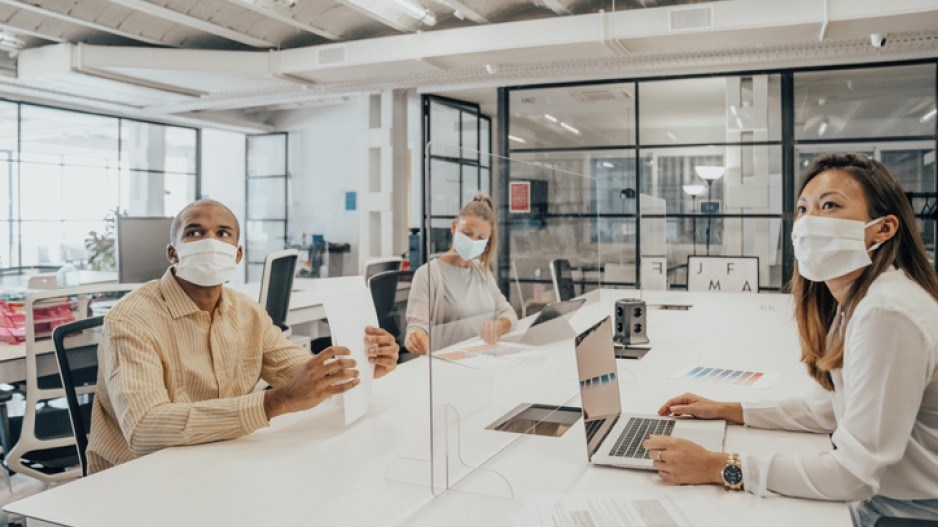 Survey results from global recruiting firm Hays reveal that nearly half of workers in British Columbia are tired of their current jobs. Photo: Getty Images

Just as the pandemic is fraying much of the economy, it also appears to be fraying the nerves of British Columbians in the workplace.

Survey results from Hays reveal that nearly half of B.C. workers are tired of their current jobs and wish to move on.

The global recruiting firm found 41% of B.C. employees are ready to leave — the fourth largest proportion of workers after Quebec (54%), Ontario (52%) and Alberta (48%).

The survey was conducted from July 29 to August 5, ahead of the recent cooler months and restrictions on bars and restaurants that have kept more British Columbians at home amid the pandemic.

Despite large swaths of B.C. workers ready to permanently punch in their timecard, employers on the West Coast are far more optimistic.

The Hays survey finds 74% of them have a positive employment outlook for B.C. compared with 77% in top-rated Ontario and Quebec.

That optimism doesn’t look to be translating into salary bumps, though.

Only 23% of B.C. employers say they plan on offering raises compared with 46% in Alberta and 33% in Quebec.

“Canadian employers are navigating difficult headwinds but the growing number of employees who want to leave their role, even in the face of a tentative job market, is a big problem,” Hays Canada president Travis O’Rourke said in a statement.

“COVID-19 has left everyone exhausted and while many businesses are improving, staff are waving a white flag. Employees expect a company to have their best interests at heart and we’re now seeing evidence that unsupported teams look for better opportunities. Once we turn a corner on the pandemic or see more signs of job market strength, those employees are gone.”

What are workers most worried about?

“Whether it’s the isolation, the social stress or other tensions based on your home situation, spending seven months at your dinner table is starting to take a toll,” Brent Cameron, managing partner for executive search firm Boyden in Vancouver, told BIV earlier this month.

“It didn’t show earlier on, but now we are hearing more people urgently trying to break out of that remoteness.”

Cameron said almost every business he has spoken to has acknowledged concerns about the pandemic’s effect on employee mental health in the last month. The concern is twofold: the mental stress is damaging team members’ health and hurting overall team productivity.

—With files from Chuck Chiang