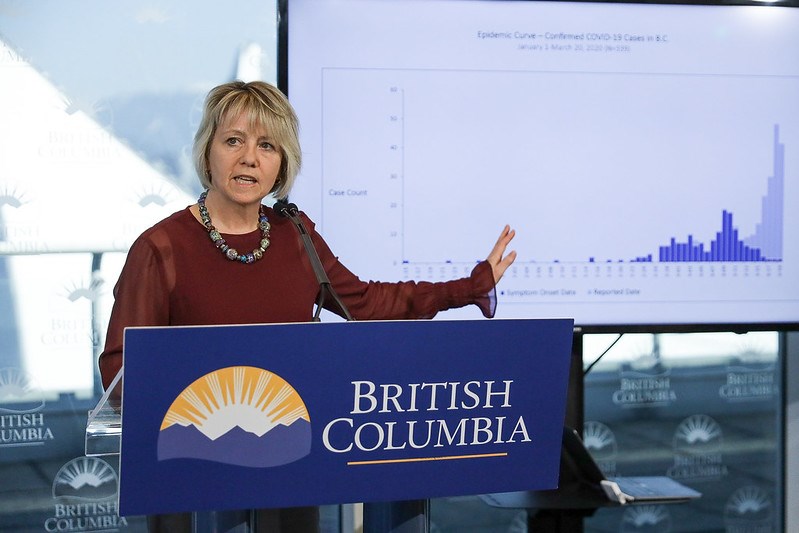 Modelling conducted by provincial health officials based on best and worst-case scenarios (South Korea and Northern Italy, respectively) in the spread of COVID-19 virus suggests B.C. is tracking closer to the South Korea.

But all it would take is for one church group that flouted prohibitions on large gatherings, one plane returning from abroad with an infected person or one remote work camp with an infection outbreak to seed the virus somewhere, where it could explode.

Health officials are therefore preparing for a worst-case scenario that will require a massive reorganization of B.C.'s hospital system and mobilization of doctors and nurses.

The modelling and the hospital mobilization plan was unveiled today by provincial health officials.

Currently, COVID-19 cases in B.C. have been growing at a rate that seems to suggest it has been delayed. As of March 25, there were a total of 725 confirmed cases in B.C.

"There's a slight chance of optimism that our rate of growth is being impacted by the measures we put in place in the last couple of weeks," said public health officer Bonnie Henry.

However, she added that new cases are still being confirmed.

The next two weeks will be critical. By then, health officials should know if the virus has been checked.

Henry said the measures put in place March 13, including travel restrictions, may be bearing fruit. Had nothing been done, the modelling suggests B.C. should have 215 cases per million, but has 130 per million.

"I do believe we've seen a flattening," she said.

But things can change overnight, as the province continues to see additional new cases every day. It has not peaked yet. The province is therefore putting in place a plan to deal with a worst-case outbreak.

It is reorganizing the hospital system to be ready for a major outbreak and implementing a contingency plan that would deal with health care professional staffing.

According to health officials speaking in a technical briefing Friday, B.C. has sufficient ventilator capacity and critical care beds to cope with a worst-case scenario, which is Northern Italy.

To prepare the health care system for a major surge in COVID-19 cases the province has cancelled elective surgeries to free up 3,900 hospital beds.

It has identified 17 large hospitals in B.C. that would be COVID-19 management hospitals, and is prepared to set up emergency facilities outside of hospitals to handle patients who are not in critical condition.

That would require an army of ambulances to transport patients. Health officials are working with ambulance services to be ready for mobilization.