Out On Patrol will focus on community engagement, charitable work, and education.
May 26, 2020 1:38 PM By: Megan Lalonde 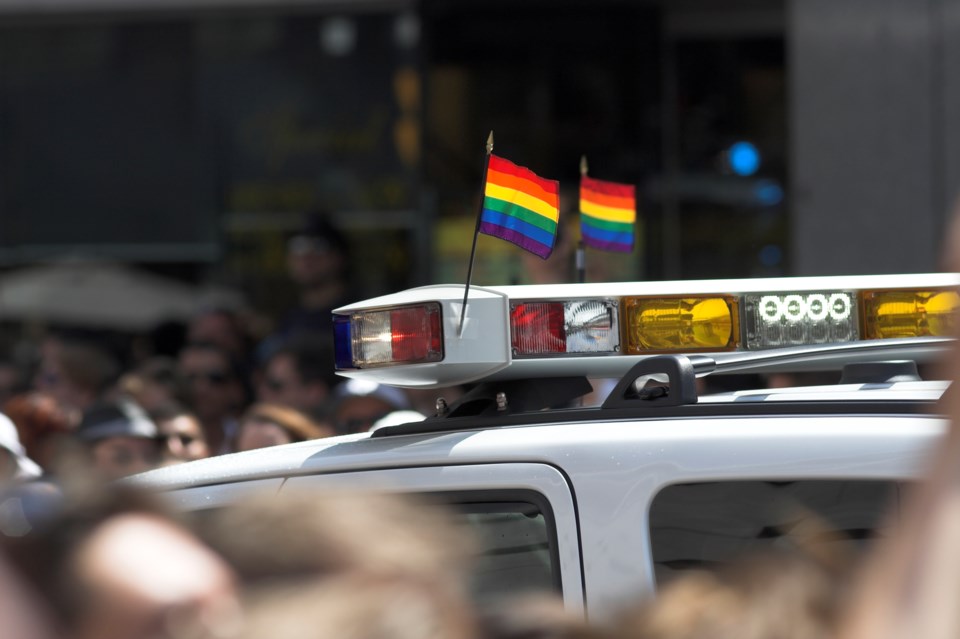 A rainbow flag adorns the top of a police car. Photo: Getty Images

The society, called Out On Patrol, will focus on community engagement, charitable work, and education, organizers explained in a release. Its mission? To support LGBTQ2S+ law enforcement members and build a strong, positive, inclusive connection between law enforcement and the community.

“Out On Patrol is looking forward to building on the relationships between the broader LGBTQ2S+ community and Law Enforcement,” explained a release. “From developing a youth scholarship, to providing educational seminars and hosting events, we’re looking forward to showing that the LGBTQ2S+ community is reflected in Law Enforcement and that we’re here for each other.”

Out on Patrol follows in the footsteps of a similar organization in Ontario called Serving with Pride, after law enforcement noticed a need for a local support group here in B.C.

Constable Julien Ponsioen of the Metro Vancouver Transit Police - who is now serving as Out On Patrol’s vice president - attended one of Serving with Pride’s events several years ago.

“I thought that Serving With Pride was a fantastic organization and an idea that we could bring home to BC,” Ponsioen said in the release. “Groups at Vancouver Police and the RCMP were also talking about the same idea and we came together last June to see what we could bring here. After a year of preparation, We’re excited to launch Out On Patrol.”

Out On Patrol’s membership is available to both sworn Peace Officers as well as B.C. civilians who are employed or have retired from a law enforcement agency. The organization, funded by the Vancouver Police Foundation, isn’t just intended for individuals who identify as LGBTQ2S+, either - it also encourages allies to join.

Out On Patrol’s president, Constable Chris Birket of the Vancouver Police, admits that launching during a pandemic has come with certain challenges, but maintains that the timing is right. “We have had a lot of discussion about the timing of our launch. First Responders have been working in our communities throughout the pandemic. Now more than ever, our members are looking for ways to break the isolation and engage with other members of the LGBTQ2S+ community,” Birkett said in the release.

“We’re here for exactly that purpose.”

Although the society “has a strong relationship with several law enforcement agencies,” Out on Patrol is an independent organization that is not directly involved in law enforcement matters.