All fires are currently believed to be spot-sized
Aug 1, 2020 6:56 PM By: Nicholas Johansen 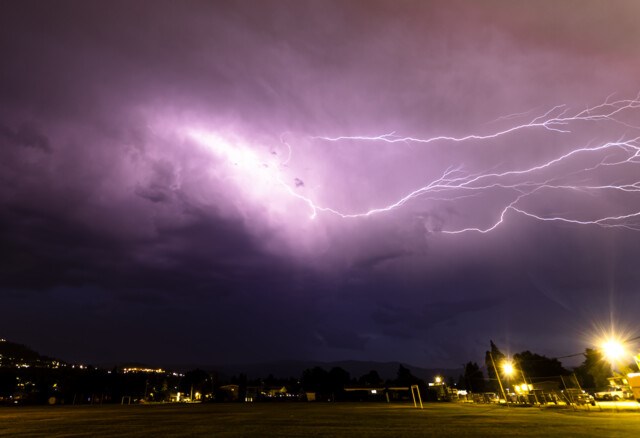 There have now been 15 new wildfires identified in the Kamloops Fire Centre after Friday night's lightning storm.

That number may change as the day progresses though, as BC Wildfire Service crews are attending each reported fire to determine whether action needs to be taken.

"Right now, there are no wildfires of note, the fires are quite small in nature," said Fire Information Officer Gagan Lidhran, adding it's a developing situation.

"At this point in time, crews are just heading out to fires. They're going to be looking to see whether the fire self-extinguished, if it's still burning, if there are any hot spots, and they're going to take action if needed or declare the fire out."

All fires are currently believed to be spot-sized.

Currently, the Central and South Okanagan appear to have avoided any new fires during last night's storm, but that could change as new fire starts are discovered.

Fourteen new wildfires were sparked in the Kamloops Fire Centre overnight during a wild lightning storm that rolled across the province, bringing rain and hail to some areas while other parts stayed dry.

All of the new fires in the region, which includes the Thompson-Okanagan are currently estimated at just 0.01 hectares, and it's unclear at this time what fires BC Wildfire Service crews have responded to.

Six of the fires are centred around Kamloops, while two are burning at Silver Star, outside of Vernon. At this time, it appears the Central and South Okanagan were largely spared, but that could change as new fires are discovered.

The Solco Creek fire burning east of Okanagan Falls is still considered out of control, after it was started late Thursday.

More than 40,000 lightning flashes were recorded across the entire province overnight. While most of B.C. saw lightning, the Kamloops Fire Centre saw the most amount of new fire starts.