Vancouver Island's Pacific Rim park set to reopen, but Tofino mayor would still like visitors to stay away

"The park, of course, will be ready to welcome visitors from farther afield once the provincial health officials give the go-ahead.”
May 28, 2020 2:36 PM By: Carla Wilson 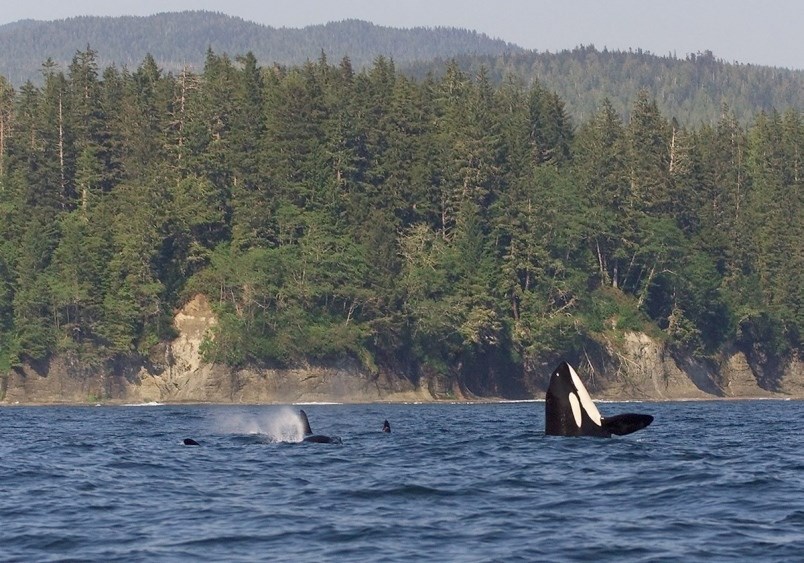 Killer whales in a pod of about thirty orcas swim along the west coast of the Island off the West Coast Trail. PHOTO BY DEBRA BRASH, VICTORIA TIMES COLONIST

More than half of Canada’s national parks — including Vancouver Island’s Pacific Rim — are set to open for day use next week but Tofino’s mayor is urging non-residents to wait for direction from public health officials.

Non-essential travel is not recommended by the province, Mayor Jose Osborne said Wednesday.

As long as that message stands, “then we will be signalling the same,” she said.

She is pleased to see that parts of the park will be accessible to area residents as of Wednesday. “It’s a really welcome thing for local residents and everybody’s mental and physical health. And the park, of course, will be ready to welcome visitors from farther afield once the provincial health officials give the go-ahead.”

Tofino, along with many small communities in the province, has been urging visitors to stay away, fearing that the pandemic could spread to locals and overwhelm health services.

Osborne said the word from the local accommodation sector is that most interest from prospective visitors is in July and August, rather than in June.

She’s happy with the staged opening plan because it gives hotels weeks to ramp up with new protocols and to bring in workers.

Camping is prohibited until at least June 21 in all national parks.

News of the reopening of 29 of Canada’s 48 national parks is in step with provincial campgrounds and Capital Regional District parks.

British Columbians are eager to take to the outdoors this summer, as illustrated by the more than 50,000 camping reservations made this week. Most provincial campgrounds open on Monday.

The Capital Regional District is also opening its campgrounds on June 5 at Sooke Potholes, Island View Beach and Jordan River. Each site is allowed a maximum of six campers to allow for physical distancing.

At Fort Rodd Hill and Fisgard Lighthouse, all visits will be self-guided as it partly reopens on Monday. Camping, interpretive programs and events are all on hold. The parking lot and washrooms in that lot only will be open.

The Gulf Islands National Park Reserve will see all day-use areas and trails open to visitors as of Monday.

“At this time, Parks Canada is asking people to continue to do their part to reduce to spread of COVID-19 by staying close to home, and only visiting Parks Canada places that do not require you to travel,” said Marcia Morash, superintendent of Gulf Islands National Park Reserve.

Washrooms and pit toilets will be closed and there are no camping or visitor programs.

Access to the reserve by kayak and boat is allowed. Morash said that seasonal docks at Sidney Spit and Portland Island’s Princess Bay have not bee installed. The Sidney Spit passenger ferry service is not available.

Parking areas will be open in the Gulf Islands reserve at:

Gradual reopening at Pacific Rim starts on Thursday by allowing people to go to some beaches, parking lots and trails in the Long Beach area. Washrooms will be open and people are asked to follow directional signs.

What will be open at Pacific Rim on Thursday:

• Rainforest trails A and B

What remains closed on Thursday:

Vancouverites set record in walking, biking and transit use in 2019
Jul 7, 2020 4:45 PM
Government upgrades virtual identification options to obtain BC Services Card
Jul 7, 2020 3:37 PM
Comments
We welcome your feedback and encourage you to share your thoughts. We ask that you be respectful of others and their points of view, refrain from personal attacks and stay on topic. To learn about our commenting policies and how we moderate, please read our Community Guidelines.