Pack of coyotes attacks B.C. woman and her dog on Canada Day

Her dog suffered bites and puncture wounds from the attack and needed a visit to the emergency vet
Castanet Jul 9, 2020 7:45 AM

A Kelowna woman is sharing her story after a pack of coyotes attacked her and her dog on Canada Day.

Alicia Baker was jogging along her privately owned trail near the community of Kirschner Mountain at 10 a.m. with her Bouvier rescue dog named Henry when the morning took a terrible turn.

"Out of my peripheral vision I saw something similar to (the dog's) colour, similar height from the ground, behind my left calf, and I took my headphones out to say 'hey Henry' – and it wasn't Henry. There were two coyotes behind me," she says.

Baker had no time to think before her unleashed dog came to the rescue.

"Henry came, threw his body against them. He got them away from me, and that's when I saw it was an entire pack," she says.

Baker is unsure how many coyotes there were because she continued running back to her house.

Luckily, Henry followed behind her. 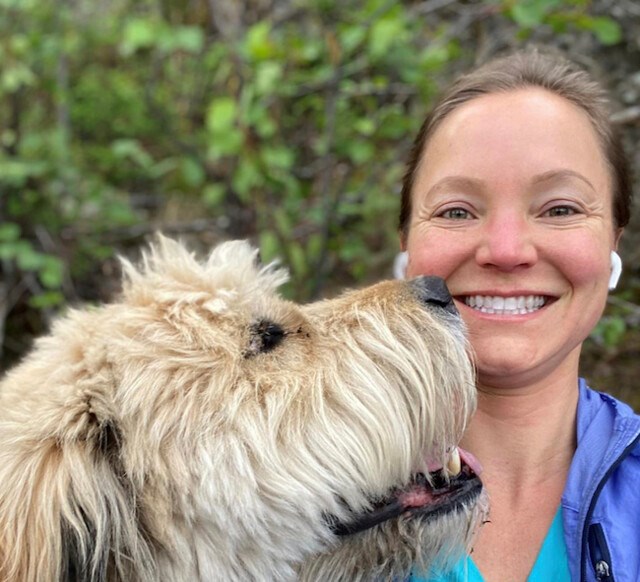 Her dog suffered bites and puncture wounds from the attack and was taken to an emergency veterinarian needing more than $1,000 in treatment. He is happy and recovering.

This attack comes a day after a separate incident nearby on Black Mountain Trail in which a woman and her two dogs were stalked by what she believed to be a wolf or large coyote.

"Most people don't think coyotes are a threat to people," says Baker, adding she is still unsure of what to do in that type of situation.

"If I didn't have Henry, I would not be here right now."