Panic-buying of drugs leading to shortages and rationing in B.C., pharmacies say

“If everybody ordered in one year’s worth of medication, the system gets strained and leads to a shortage"
Mar 25, 2020 9:23 AM By: Roxanne Egan-Elliott 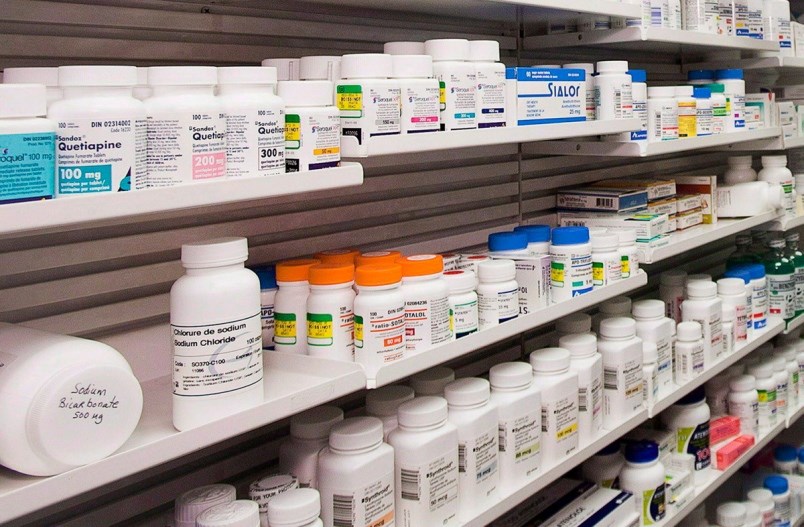 Many B.C. pharmacies are seeing customers trying to stock up on a larger supply of their regular medications than usual. Photo: Times Colonist

Some pharmacies are asking customers to avoid stockpiling medications as panic-buying during the COVID-19 pandemic leads to a tighter supply of some drugs.

Andrew Formosa, pharmacy manager at Aaronson’s Pharmacy in Victoria, said increased demand from the public is exacerbating pre-existing shortages and leading to some restrictions in what can be supplied.

But he said there’s no reason to worry, because pharmacists can find workarounds with other medications. It just takes more time, and pharmacists are under increasing pressure, so customers should place their orders a few days or up to a week in advance, he said.

“I haven’t had anyone go without pills,” Formosa said.

There are a few medications that are in higher demand directly because of the COVID-19 outbreak — such as inhalers and Tylenol — but what many pharmacies are seeing is customers trying to stock up on a larger supply of their regular medications than usual, or trying to refill their prescriptions earlier than necessary.

That’s putting a strain on the system, which has been struggling with shortages of some drugs — such as those to treat high blood pressure — for years.

“The COVID-19 crisis has made managing those routine shortages more difficult,” Formosa said.

Formosa received notice on Tuesday that his pharmaceutical supplier, Richmond-based Unipharm Wholesale Drugs, is dealing with restricted supplies from its manufacturer.

“Our wholesaler is being rationed, so we are being rationed further,” Formosa said. “We have to extend the ration to the next level, which is the patient.”

Unipharm general manager Ralph Lai said some medications are in short supply from manufacturers due to increased demand nationwide. Supply shortages are not uncommon, but COVID-19 is exacerbating an existing problem in the supply chain, he said.

“This really makes it worse, because everybody is going after the same products,” Lai said.

Many pharmacies are responding to the increased demand by asking customers to buy only what they need.

Elijah Ssemaluulu, owner of Medicine Shoppe Terminal Park in Nanaimo, said he has seen an influx of customers trying to buy a few months’ worth of medication at his pharmacy after already getting the same amount at another pharmacy.

“Every day, I have to have conversations with people and say: ‘Hey you just got three months’ worth. Why do you need it now? Are you stockpiling?’ ” said Ssemaluulu. “If everybody ordered in one year’s worth of medication, the system gets strained and leads to a shortage.”

“Get a rational amount of medications and don’t be greedy,” he said.

Keith Shaw, president of the British Columbia Pharmacy Association, said there has been increased demand for medications as people stock up to avoid unnecessary outings amid the COVID-19 outbreak.

Shaw said the association is working with the government to determine if all medications can be limited to a 30-day supply to preserve the supply chain.

“We want to ensure there’s adequate medication for everyone in British Columbia,” he said, adding a 30-day limit would result in a more stable supply chain. “And that, we think, will contribute to not having drug shortages.”