Penticton woman donating kidney to stranger to save his life 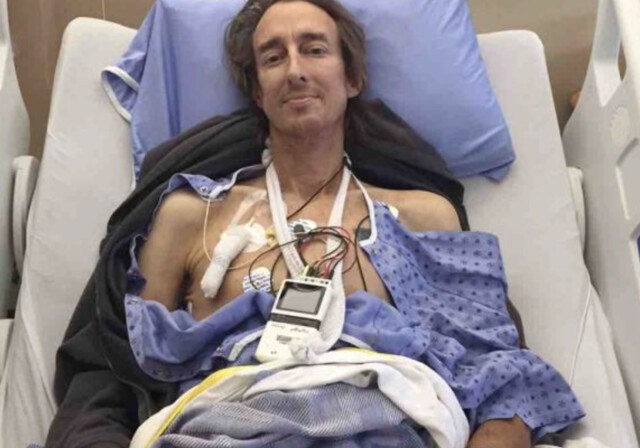 Penticton man Jason Yadlowski is receiving a kidney from a perfect stranger, a fellow local who just wanted to give back. Photo: Contributed

Donating a kidney is already an act of extreme generosity, but donating one to a perfect stranger takes that a step further.

Penticton woman Lori Capozzi is doing just that, hoping to save the life of a local man with a young family who she had never met before making the decision.

"I don't really know how I decided to do it. It was kind of out of the blue. I've been a blood donor for some time and was looking into donation, and got the idea that there's a lot of people out there who need kidneys," Capozzi said.

She posted in a local Facebook group asking for information and advice about becoming a living donor, and went from there.

"I had so many people message me, 'My brother, my mother, my daughter needs a kidney.'"

Out of all the messages, there was one in particular that stood out. A young mother of two girls under 10 years old shared that her partner, their father, was in the hospital after having both kidneys removed, and would now need to be on dialysis four times a week until he could find a donor.

That man is Jason Yadlowski, and when Capozzi looked into his story, something told her he was the right person to help.

"I saw his picture and he was so skinny, he's got two young kids and he was getting married. And I decided I was going to give this guy a chance."

Since then, Capozzi has been getting blood and other medical tests for months in preparation, first determining she was a match, then verifying she is in good enough health to be a donor. A final test will take place in the coming weeks in Vancouver at St. Paul's Hospital, to decide which kidney is the best candidate for removal and transfer.

If all goes well, the actual transplant could take place in November. She has been in close contact with Jason's wife Julie throughout, and says despite everything, she isn't nervous.

"I've had a pretty tough upbringing, I've been through a lot in my life. I was part of St. Paul's when I was younger, I had an eating disorder and I spent so much time in there. And I've been through other things, and I just decided I've come a long way in my life and it's time to give back now."

Capozzi hopes her actions will inspire others to become living donors for the many kidney disease patients who need organs.

Find out more about becoming a living donor here.

The fight for a better terminal expansion at Roberts Bank is necessary to mitigate further environmental risks
Oct 28, 2020 9:00 AM
Comments
We welcome your feedback and encourage you to share your thoughts. We ask that you be respectful of others and their points of view, refrain from personal attacks and stay on topic. To learn about our commenting policies and how we moderate, please read our Community Guidelines.