The Beachcombers ended 30 years ago, and now one man's effort to find a new home for one of its most important artifacts continues.
Aug 10, 2020 7:35 AM By: Sean Eckford 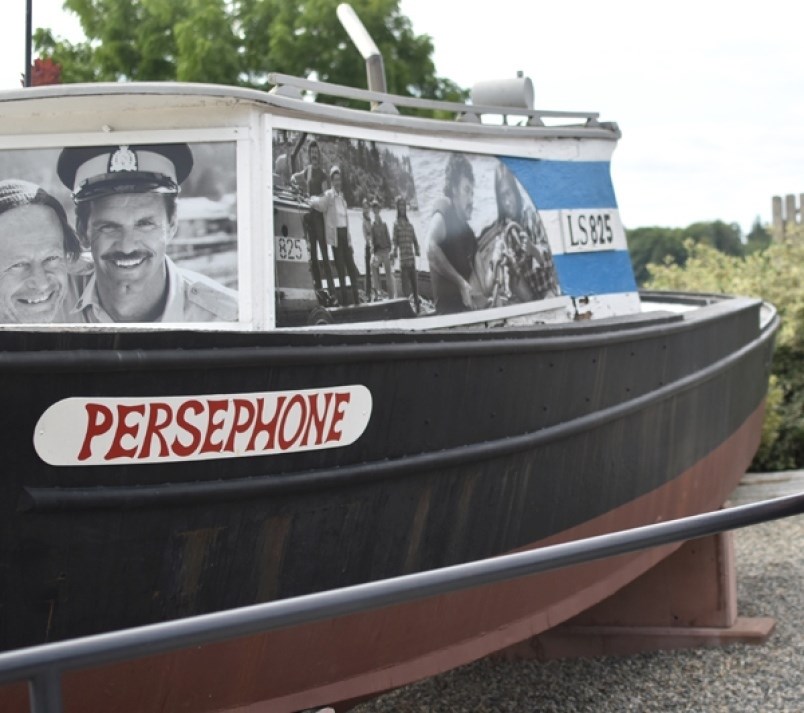 The Persephone, the boat that was at the centre of so much of the action on The Beachcombers TV series, is on display at a vacant lot in Lower Gibsons that’s currently slated for development. Coast Reporter file photo

This summer marked the 30th anniversary of the filming of the final episode of The Beachcombers, an event Gibsons Coun. David Croal had hoped the town would be able to celebrate before the pandemic and other complications got in the way.

Although there won’t be any public events acknowledging the end of the long-running and popular TV show, Croal’s effort to find a new home for one of its most important artifacts continues.

Croal, a former CBC employee who worked on the show, has been pulling together a special committee to look into options for restoring the Persephone, the boat that was at the centre of so much of the show’s action, and finding a new spot to have it on public display.

The Persephone needs to be relocated because of a new development slated for 263 Gower Point Rd. at the Five Corners intersection in lower Gibsons, the vacant lot where she’s currently displayed.

There is money set aside in the Town budget for removal and storage of the Persephone while it undergoes restoration and a new site is found.

And, according to Croal, the project needs to move forward soon.

“I'm very concerned about its structural integrity to even move it,” Croal said. “It was never intended to sit out like the way it has in the original concept [for the Five Corners display]. It was supposed to have at least a roof over it.”

Croal said the original idea of incorporating the boat into a new display at the Sunshine Coast Museum and Archives is no longer practical. He also said he’s been hearing from people who want to see the Persephone stay near the water, in the core of the Landing and near Molly’s Reach – another site that’s become an internationally recognized landmark because of its role in The Beachcombers.

“The old tourist information booth in Pioneer Park is slated to be demolished, and what has been suggested and heartily endorsed by a number of people is that the Persephone be housed there,” he said.

Croal said they’re still looking for people to join the core of “extremely dedicated” people on the committee.