At least a dozen anti-mask protesters were acting verbally abusive to other ferry travellers who were wearing masks
Oct 17, 2020 1:19 PM By: Ben Bengtson 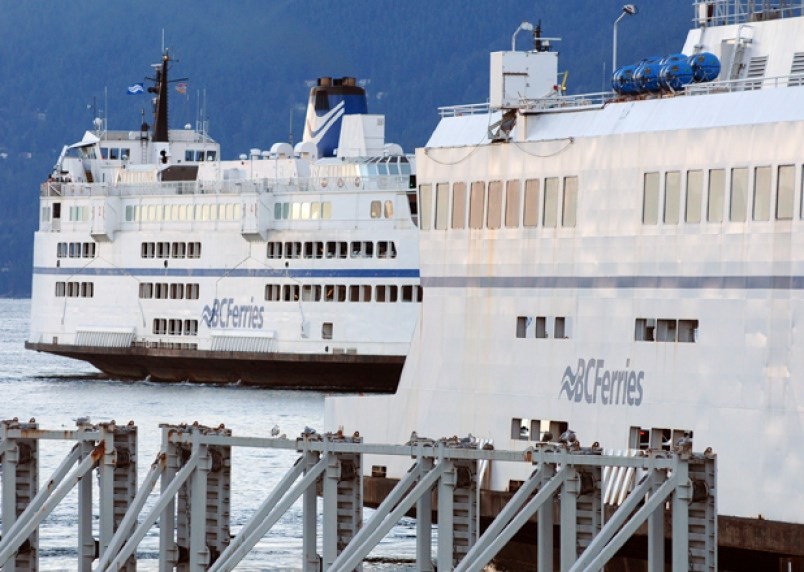 At least a dozen anti-mask protesters were acting verbally abusive to other ferry travellers who were wearing masks on a voyage from Nanaimo to West Vancouver Saturday morning. file photo Mike Wakefield, North Shore News

Police were called and a ferry sailing was delayed in Horseshoe Bay this morning after anti-mask protesters caused a disturbance on board a vessel heading from Nanaimo.

The incident occurred part way through the voyage en route from Departure Bay in Nanaimo to West Vancouver, according to Deborah Marshall, BC Ferries spokeswoman.

At least a dozen anti-mask protesters who were aboard the vessel were acting verbally abusive to other customers that were wearing masks, said Marshall.

“We believe that they were travelling over to the protest that’s happening in Vancouver today and they were causing a disturbance on the ferry so we had to phone the West Vancouver police and they came and attended,” she said.

An event called the B.C. Freedom Mega Rally is slated to occur today outside the Vancouver Art Gallery, where thousands of people are expected to rally in protest of physical distancing measures, quarantines, travel bans and other restrictions brought in to deal with the ongoing COVID-19 pandemic.

The anti-mask protesters were travelling aboard the Queen of Oak Bay ferry and the incident delayed boarding of the same ferry for the return trip.

An update issued on the BC Ferries website at 11:22 a.m. advised passengers that the ferry was operating 41 minutes behind schedule due to the earlier incident.

When police arrived on scene after the ferry docked in West Vancouver, they helped keep the peace and make sure there was no escalating situation, according to Cpl. Neil Schafer of the West Vancouver Police Department.

“It came to us as a disturbance. Our members attended, no arrests were made,” said Schafer. “There was no violence, no weapons, nothing of that nature.”

While not much came from the call, Schafer added that police hadn’t seen anything like this previously involving anti-mask individuals. “This was something new, at least in regards to the mask issue.”

While there was no arrests, it’s going to be challenging for the people involved in this morning’s incident to grab a ferry home following the rally, according to Marshall.

“They’re banned from travel,” she said. “We don’t tolerate abuse.”