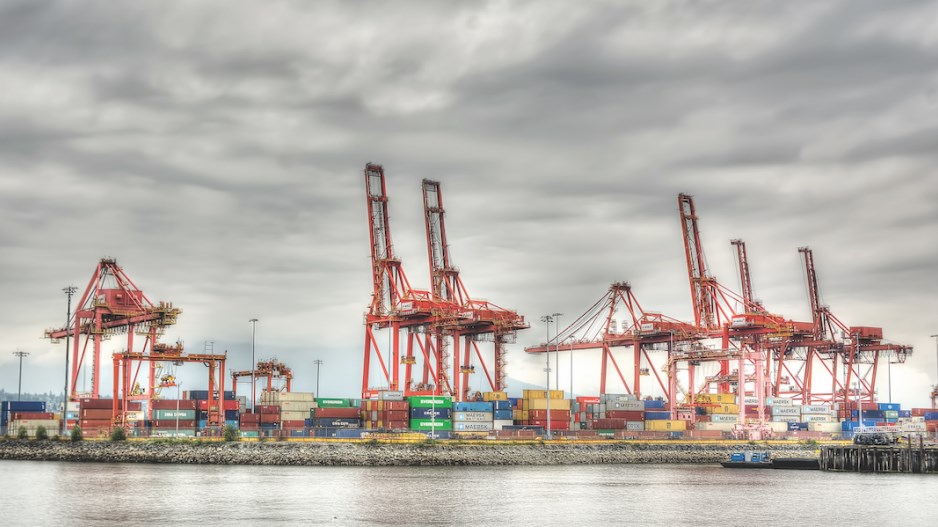 Movement of goods through the Port of Vancouver increased a marginal 1% for 2020, a year in which global trade was beset by challenges posed by the COVID-19 pandemic.

Overall, cargo through the port increased from 144.2 to 145.5 million metric tonnes (MMT) compared with 2019. Records were set, however, for movement of grain, potash and containers.

Port president and CEO Robin Silvester said the lesson learned through 2020’s challenges is that infrastructure and continuing to build it is key to growth.
He said the port and all its moving parts and people have responded with resilience in the face of the worst recession since 1929.

Statistics show, for the fifth year in a row, global demand for Canadian grain resulted in a new annual record of 35.1 MMT of grain shipped both in bulk ships and containers, an increase of fully 24% or 6.8 MMT compared with 2019.

Fertilizer inputs were also up with potash exports increasing by 11% from 2019’s record and sulphur increased by 8%.

Growth in total foreign exports resulted in a year-end record of 99 MMT, up 3% due to the increases in grain and fertilizers, as well as petroleum cargos.

However, cargo volumes in some sectors saw declines, stemming from numerous challenges, including impacts of the pandemic, railroad blockades, weather conditions and terminal upgrades.

Auto imports were down 18%, and export breakbulk forest products and coal were down, respectively, 14% and 15% from the previous year.

“By investing to build the necessary capacity to accommodate increasing trade growth, we are supporting all port users including farmers, businesses, and industry who rely on the port to move their goods efficiently and remain competitive,” Silvester said. “This is critical to the long-term economic viability of this gateway and of Canada.”

A big part in that growing puzzle is moving the Roberts Bank 2 container terminal forward, Silvester said. With that, he said, the port would be over capacity and develop a reliance on U.S. ports.

The port results on grain traffic mesh with CN’s announcement March 2 of its twelfth consecutive month of record-breaking grain movement, with 2.28 MMT of Canadian grain and processed grain products via carload in February.

The company said its continued ability to deliver record grain volumes as well as other commodities and goods is due to the investments in capacity made by the railroad in recent years.

Since 2018, the company said it has invested over $10 billion in track, locomotives and railcars, including the purchase of over 2,500 new high-capacity grain hopper cars.