'It's beyond me': President of Doctors BC doesn't understand toilet paper frenzy

"We are encouraging people if they're going to stock up, which may or may not be necessary right now, to act as if they are preparing for a bad winter storm."
Mar 11, 2020 11:04 AM By: Castanet 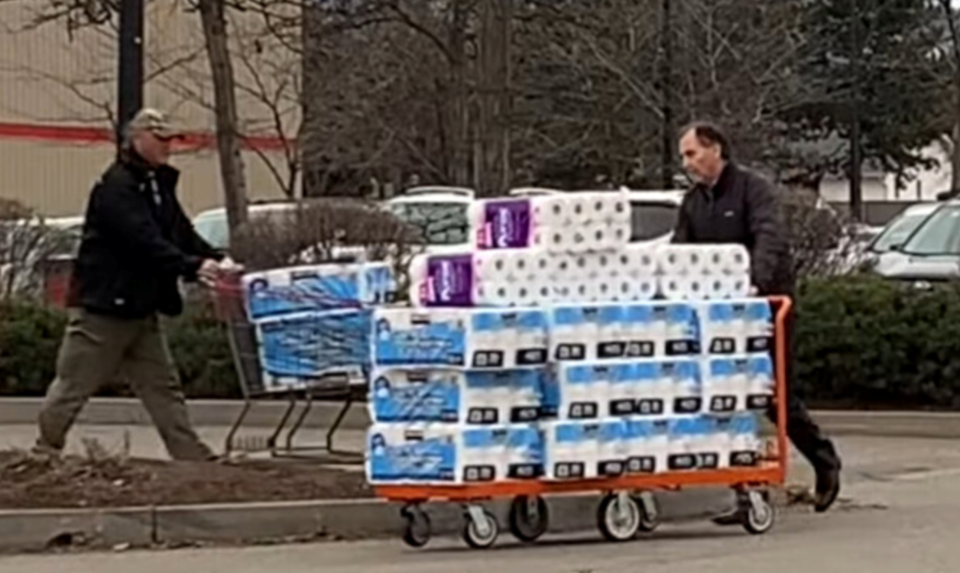 People across B.C. are stocking up on toilet paper, but doctors can't explain why. Photo: Castanet Staff

The President of Doctors BC, Dr. Kathleen Ross says she's at a loss to explain why some people are stocking up on toilet paper amid fears over the spread of COVID-19.

Ross says B.C. Doctors have been busy dealing with the end of flu season and now have their hands full with questions from patients looking for answers about the coronavirus.

"There's a lot of unknowns in the public right now and that has led to more fear about this, but the reality is, we have way more cases of influenza in B.C. right now than we have incidents of coronavirus."

There have been numerous social media posts of people rushing to buy toilet paper and at some points, both Costco and Walmart in Kelowna have sold out. Doctors can't explain the run on toilet paper, other than some people tend to follow what they see their neighbours doing.

Ross says toilet paper wouldn't be first on her list, "it wouldn't be for me and it's unfortunate some folks are panicking over different supplies."

"Out of all the things you could stock up on I would have thought that toilet paper would be the least useful but it's going to be different for everyone. We are encouraging people if they're going to stock up, which may or may not be necessary right now, to act as if they are preparing for a bad winter storm."